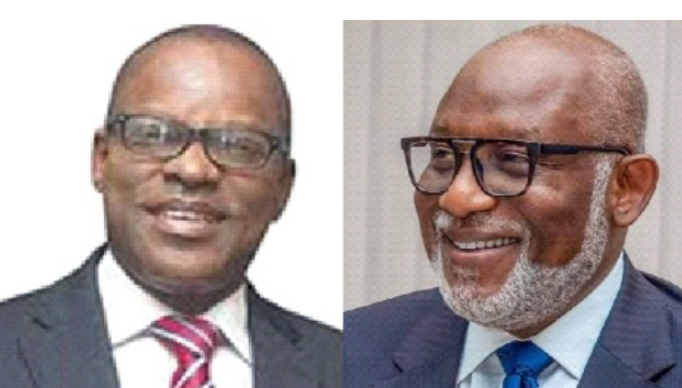 12/3 verdicts: My message to Jegede after Apex Court’s judgment —Akeredolu

Governor Oluwarotimi Akeredolu has described the judgment as divine and thanked the judiciary for standing by the truth, advising his opponent to join hands with him to move the state forward.

The governor also ascribed his victory and that of his Deputy, Lucky Aiyadatiwa at the supreme court to God and the people of Ondo State

Reacting to the supreme court verdict, governor Akeredolu also recognized the Legal officers who had worked tremendously to ensure that justice prevailed so that effort of the electorate who returned him to office for second time was not in futility

The governor who commended the legal system for being realistic to have perused through the petitions and affirmed a solid judgement, explained that the judgement from the result of tribunal to the supreme court showed that he won with 12 to 3 judges gallantly to affirm his victory at the last year Governorship election.

Akeredolu said, “I just heard the news of the final decision of the final court on the election petition filed by my brother, Eyitayo Jegede, SAN. The supreme dismissed his appeal on 4 to 3 basis and that in essence is that from the Tribunal up to the Supreme Court, the justices have affirmed that the petition was most frivolous.

“As you know 12 Justices have affirmed in our favour and only three supported that petition. Three at the Tribunal, five at the Court of Appeal and four at the Supreme Court.

“So, I’ve every reason to thank God and to appreciate our judiciary for standing by the truth and for not yielding to any influence. I believe that we can still be proud our judiciary in this country.

“For me, it is an opportunity again for us to get on board and do more work.

“And for me, the glory of this victory of this election petition success is to God Almighty. And I want to thank the legal team that have represented us. We have so many Senior Advocate of Nigeria.

“We thank the INEC team led by Charles Edosomwan and Bawa, both of them SAN. We thank also the APC team lead by Lateef Fabgbemi, SAN and others including Sola Oke, SAN.

“I want to also thank my team led by Akinola Olujimi, SAN for their work. We now plan to get this behind us and get to work.

“My advise to Jegede is that, this has ended now. Let him come, let us work together, at least for the upliftment of Ondo State. I don’t doubt his love for the state. He has served here before as Attorney General for about Seven and half years.

“Let him come over, let us work together and work for this state. That is my advise to him. We don’t go any longer to the privy council. It has ended here,” Akeredolu said.