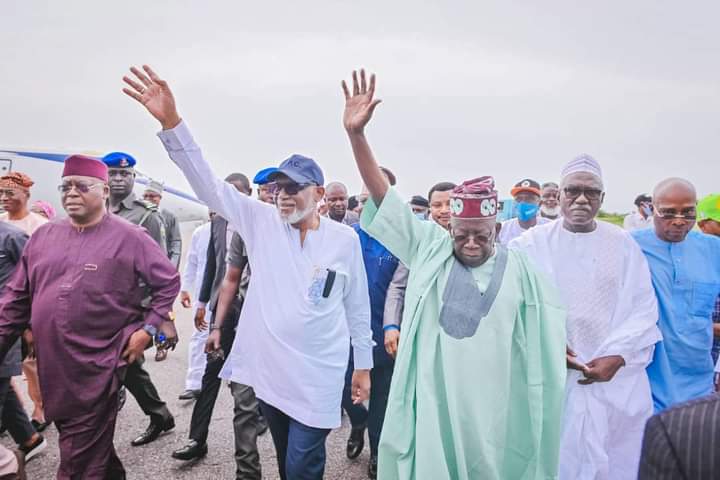 A Chieftain of the All Progressives Congress and Former Commissioner for Culture,Tourism and Special Duties, Honourable Femi Adekanmbi has described as “deserving”, the appointment of the Governor of Ondo State, Arakunrin Oluwarotimi Akeredolu, SAN, as the South West Coordinator of Tinubu- Shettima Presidential Campaign Council.

Governor Akeredolu’s appointment was conveyed in a letter addressed to him and personally signed by the Presidential Candidate of the All Progressives Congress, Asiwaju Bola Tinubu.

In a message personally signed by him on Monday, he lauded the appointment of Chairman of Southern Governors Forum, as a testimony of the hardwork, integrity, transparency, tenacity, courage and conviction which had been his hallmark in public office.

“I wish to heartily salute the Presidential Candidate of our party, H.E Asiwaju Bola Ahmed Tinubu for magnanimously appointing our own Arakunrin Akeredolu to such lofty position in the campaign council”, Adekanmbi said.

Adekanmbi added that the six south west states is a walk over for Tinubu, as he trust the governor to bring to bear his cognitive skills and innovative ideas during the campaigns.

“During my interactions with journalists last week, i made it known that you are the most competent to lead the campaigns in the south west and i am excited that Asiwaju has listened to us”.

“I am confident that members of the campaign council would see your transformational leadership personality and always spur them into action”.

“I am optimistic that by this appointment of yours, Asiwaju Bola Ahmed Tinubu is already sure of victory”, Adekanmbi said.

Accept my sincere congratulations,” he said