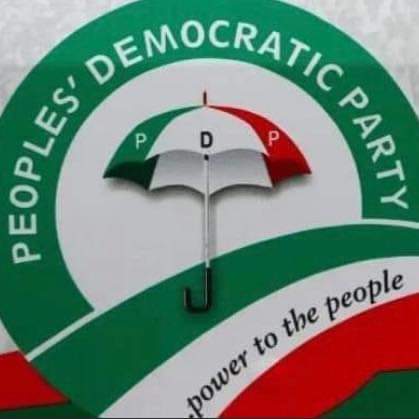 The candidate of Peoples Democratic Party (PDP) in Akoko North East area of Ondo State, Lanre Akintola has faulted the claim of the lawmaker representing the constituency, Hon Rasheed Elegbeleye over the conduct of last primary election that produced candidates for the party for next year’s election.

Elegbeleye had described as a sham the primary that produced PDP candidate for Akoko North East constituency saying some elements in the party used their closeness to National Chairman, Dr Iyorcha Ayu to rob him and others of the chances of representing various constituencies in the state.

Elegbeleye, who is the Minority Leader at the State House of Assembly, also claimed that he lost in the PDP’s primary to those he referred to “favoured children” of the party’s leadership.

However, Akintola punctured the claims Elegbeleye, saying his diatribe against the leadership of the party was his failure to secure a return ticket at the party’s primary.

In his reaction to the lawmaker’s claims, Akintola, who defeated the incumbent lawmaker at the party’s primary, described Elegbeleye as the architect of his own failure.

He alleged that Elegbeleye failed in his major responsibility to his constituents at the Assembly.

In a statement Akintola, expressed disappointment in the lawmaker’s allegations in which he blamed his loss on the alleged conspiracy of the party’s leadership against him and tampering with the delegates’ list used for the primary.

The statement reads inter alia: “It beats my imagination, though I am not surprised, that Elegbeleye could only point to the empowerment programme he did where he distributed clippers, cutlasses and a few grinding machines to some people in the weeks near the PDP House of Assembly Primary election.

“He believed so well that Akoko North East people are gluttons and politically naive and could be bribed to support him for another empty term, but the people rejected him. And the only thing he could do to save his face now is to resort to cheap blackmail against the party’s leadership as exemplified in his interview where he said that the delegates’ list with which the PDP primaries were conducted was doctored.

“While it is expected of a lawmaker to know why he is elected into the parliament, the minority leader, after spending nearly four years in the State Assembly, still does not know why he was sent there.

“I must state very clearly too and at this point that the essence of sending representatives to the House of Assembly by the people is for the people sent to participate actively in the drafting and making of good laws for the order, development, unity and progress of the State not for the purpose of fighting for personal aggrandisement.

“I can state it very clearly that my role in his emergence then could not be less than emphatic as I walked the nights in the company of very notable leaders in the LGA to put him where he is today, but he could say today that I am nobody.

“The people have spoken through the PDP delegates and by God’s grace and with the support of the good people of Akoko North East LGA, I shall give our people the robust and quality representation they deserve in Akure going forward.

“He should be told to wait for the outcome of his lawsuit rather than ranting in the media space.”