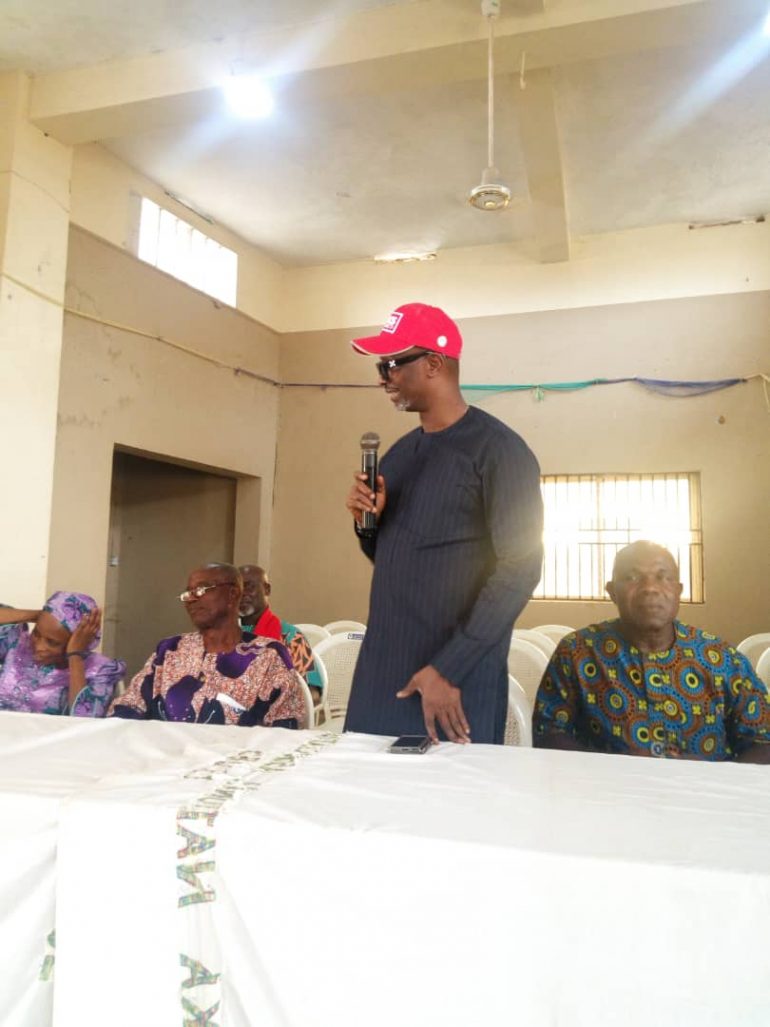 The meeting which had all the Chairmen, Secretaries, women leaders and youths across all the six Local Government Areas of the District was held at the compound of His Excellency, Ambassador Roland Omowa in Oka, Akoko West Local Government of Ondo State.

Speaking on behalf of the Chairmen and the stakeholders, Mr Fatai Ajayi, the Chairman of PDP, Akoko South West Local Government expressed his optimism that with Akogun on the ballot, the party will deliver ONDO North in 2023.

He said despite that Akogun Modupe lost the same ticket in 2018, he delivered his polling unit, Ward and Local Government for the party in 2019 Election at his personal expense.

He therefore urged Akogun to keep the tempo of the campaign high,  moving forward to the primary election.

In his comment, Akogun Adetokunbo Modupe popularly known as TPT expresses his joy to the rousing welcome accorded him by the stakeholders.

He said he has always been a loyal and committed member, who has contributed his own quota to growth of the party within the District and the State at large.

He said the importance of the meeting is to apprise the Stakeholders of his intention first before going to each of the Local Governments to solicit the support of the delegates at the forthcoming primary elections of the party.

He assured members that with him on the ballot, he will surely deliver the Senatorial District because people are fed up with ruling APC in Nigeria.