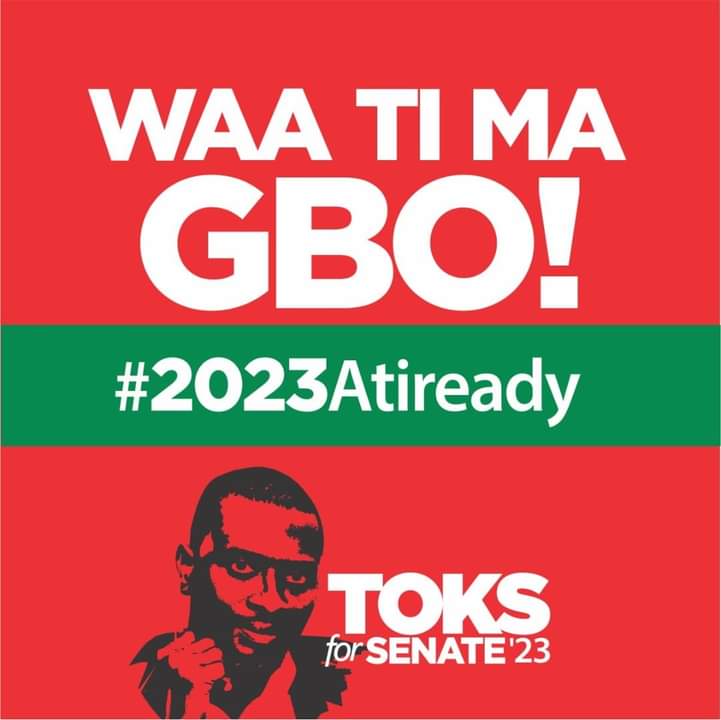 2023 Ondo North & The Quest for Purposeful Representation at Senate

When Akogun Adetokunbo Modupe (TOKs) informed me of his interest to vie for ticket of his party, Peoples Democratic Party to represent the good people of ONDO North Senatorial District in 2018, the conversation that ensued afterwards was convincing and persuasive enough for me to support his ambition.

Having armed himself with a certificate from Harvard University early in 2018, he was quite prepared for the task of providing true representation to the people of ONDO North Senatorial District.

Beyond the core constitutional role of Lawmaking, Representation and Oversight, he is also conversant with how to use the office as a catalyst to unleash the potentials of youths within the District in national political participation.

Thereafter, he constituted a team of a youthful and brilliant minds that ran a robust campaign, with class and focus on his mission, devoid of calumny.

Though he lost out at the primary election, he was never deterred by the outcome, instead supported his party, with other leaders, to a good outings at the Presidential and National Assembly Elections in 2019 in the Ondo State. He delivered his unit, ward and local govt in that election.

As the 2023 Election draws nearer, Akogun Adetokunbo Modupe, after due consultations with critical stakeholders of his party, will go out again, to convince delegates of his party for the ticket, to contest as Senator representing Ondo Senatorial District at the 10th National Assembly.

In his words, he promised to “use the instrumentality of my constitutional roles as a Senator, to sponsor bills that will have direct impacts, with lobbying as a tool, in order to meet the yarnings and aspirations of our teeming youths”.

Furthermore, he said “I will demystify the office, by meeting and consulting regularly with critical stakeholders, especially the traditional institutions, to forge a common front in the interest of Ondo North Senatorial District at the 10th National Assembly”.

Akogun popularly known as TPT is a household name in Ondo State having been involved in the politics of the state since 2006.

A loyal party man to the core, and undoubtedly, has sacrificed enormously to promote the interest of his political party at all times.

His company, TPT International Ltd is a Public Relations Consultancy Service with practice in Media Relations, Brand PR, Strategic Consultancy amongst several others has won the PR company of the year six(6) times in the last ten(10) years.