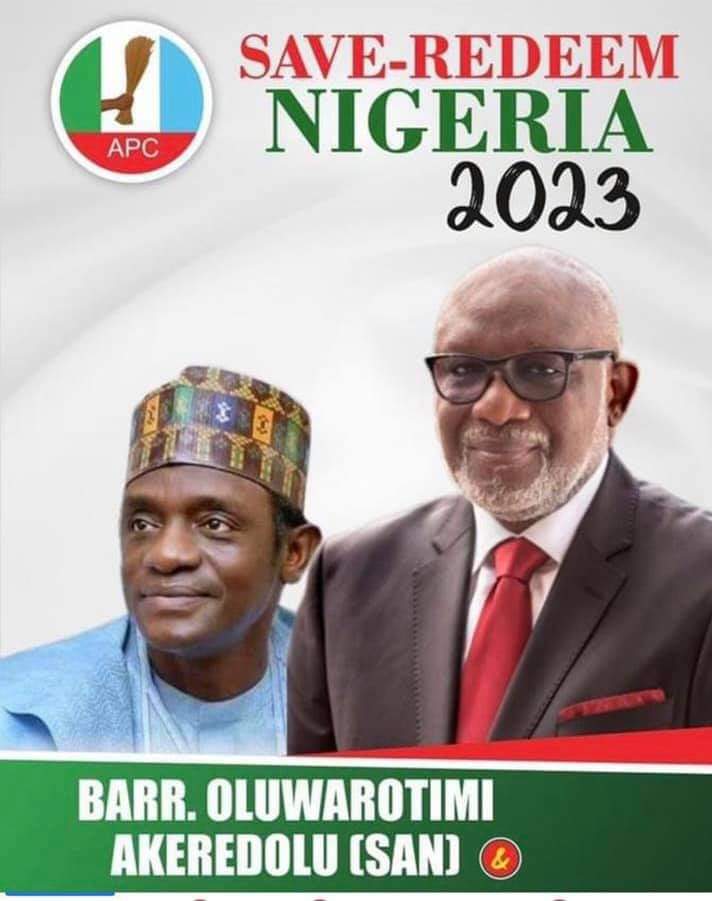 2023: Akeredolu breaks silence on his Presidential ticket with Buni

The governor of Ondo state, Arakunrin Oluwarotimi Akeredolu, SAN has distanced himself from promotional activities linking him with the 2023 presidential election.

A statement by the governor’s Chief Press Secretary, Richard Olatunde said his principal had nothing to do with the pseudo campaigners.

In the last two weeks, campaign posters and fliers urging Governor Akeredolu to contest the next presidential election have dotted a section of the social media.

The latest poster had depicted an Akeredolu/Buni joint APC ticket. Alhaji Mai Mala Buni is the governor of Yobe state and doubles as Chairman of the APC Caretaker/Extraordinary Convention Planning Committee.

But Akeredolu’s spokesperson described the development as a “needless distraction”.

“Undoubtedly, the development is no less a needless distraction. Even though Mr Governor’s constitutional right, qualification and competences are not in doubt, this particular campaign does not represent in any manner, his immediate political disposition.

“For emphasis, Governor Akeredolu who has just been re-elected, wishes to be left to focus on deepening good governance in Ondo State.

“He, therefore, advises all involved to be guided just as he holds the firm view that only God can put men in position”, the statement said.