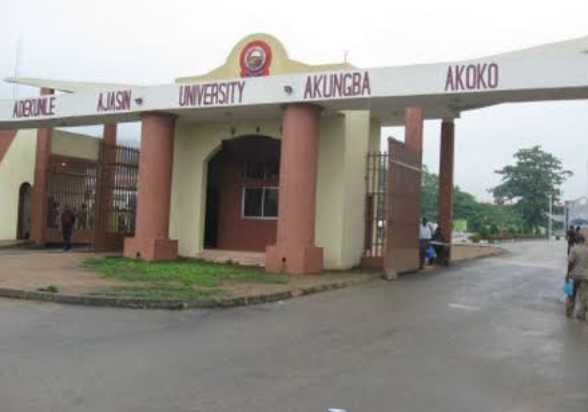 Controversies trailing the recent appointment of Prof Oluwagbenga Ige as the Vice Chancellor of Adekunle Ajasin University, Akungba-Akoko (AAUA) are yet to settle as academics drawn from the four Akoko Local Government area of Ondo State rejected his appointment.

It was gathered that Ige who came second in the interview conducted by the Governing Council of the institution was appointed by Governor ew Oluwarotimi Akeredolu as the sixth substantive Vice Chancellor of the state owned AAUA.

But the academics drawn from Akoko Southeast, Akoko Southwest, Akoko Northwest and Northeast came under the auspices of Akoko Academic Stakeholders Forum (AASF) said the new Vice Chancellor may not enjoy the cooperation of the people of the zone because of the process that threw him up.

The stakeholders comprising of lecturers of Akoko descent from various universities in the country said the appointment of Prof Ige as the sixth substantive Vice Chancellor of AAUA violated the existing academic culture enjoyed over the years in the institution.

The major grouse of the group, according to a statement signed by its leader, Prof Sola Ehindero was the jettisoning of merit by the Visitor, Governor Oluwarotimi Akeredolu in the choice of the helmsman of the academic institution.

The stakeholders condemned what they described as marginalisation of the Akoko in the appointment of a Vice Chancellor in a university established in their territory.

Ehindero who spoke on behalf of the academics expressed displeasure, that an illustrious and internationally acclaimed Professor of Akoko origin who emerged from the selection exercise on merit was denied the opportunity of serving as the Vice-Chancellor of AAUA.

According to him, nobody from Akokoland and indeed, the entire Ondo North Senatorial district has ever emerged as Vice-Chancellor since the university was created 21 years ago.Out of the six substantive Vice-Chancellors that were appointed since 1999, he said Ondo Central and Ondo South have produced three Vice Chancellors each.

His words “as far as the appointment of the sixth Vice Chancellor was concerned, the Visitor in his wisdom decided to jettison merit and academic excellence by privileging academic mediocrity; an unfortunate development primarily driven by alleged pecuniary considerations as well as a continuation of existing contractual obligations.”

Ehindero said one of the most important qualities that a Vice-Chancellor must possess is a proven track record of academic excellence such as to be able to command the respect of his or her academic colleagues and the entire university community, saying failure to do this would rob the new Vice Chancellor of his legitimacy.

His words “The present VC is coming into office with a moral burden and it is expected that sooner or later he will surely face the crisis of moral legitimacy because he has been given a position reserved for the best applicant whereas he only emerged as the second best.

“It is yet to be seen how he will be able to meander and successfully scale this hurdle in the next five years. The whole essence of the university system is to extol and reward academic excellence. The unfortunate precedence set in AAUA for both students and staff is that you do not have to be the best to occupy sensitive and strategic positions in the university system or the outside world.”

The stakeholders which applauded Governor Akeredolu for appointing a thoroughbred, first class and world renowned scholar, irrespective of his state of origin, as the VC of UNlMED wondered why an academic whose CV is more distinguished by political appointments and hobnobbing with Alagbaka rather than academic laurels and scholastic distinctions is the preferred choice for AAUA.

He added that the treatment meted to the entire people of Akokoland is most humiliating to say the least.

“The stakeholders’ meeting is expected to hold within the next one month.

“Meanwhile and most significantly, the meeting congratulates the Visitor on his recent victory at the Supreme Court and wondered how Mr. Governor, who came first in the last gubernatorial election, would have felt if the supreme Court had given victory to his rival, Eyitayo Jegede who came second in the electoral contest.

“There is no doubt that fairness, objectivity, merit and justice are the hallmarks of responsible governance. Meaningful and lasting progress can never be made in any human society, institution or organisation that refuses to uphold these core values,” said Prof. Ehindero.