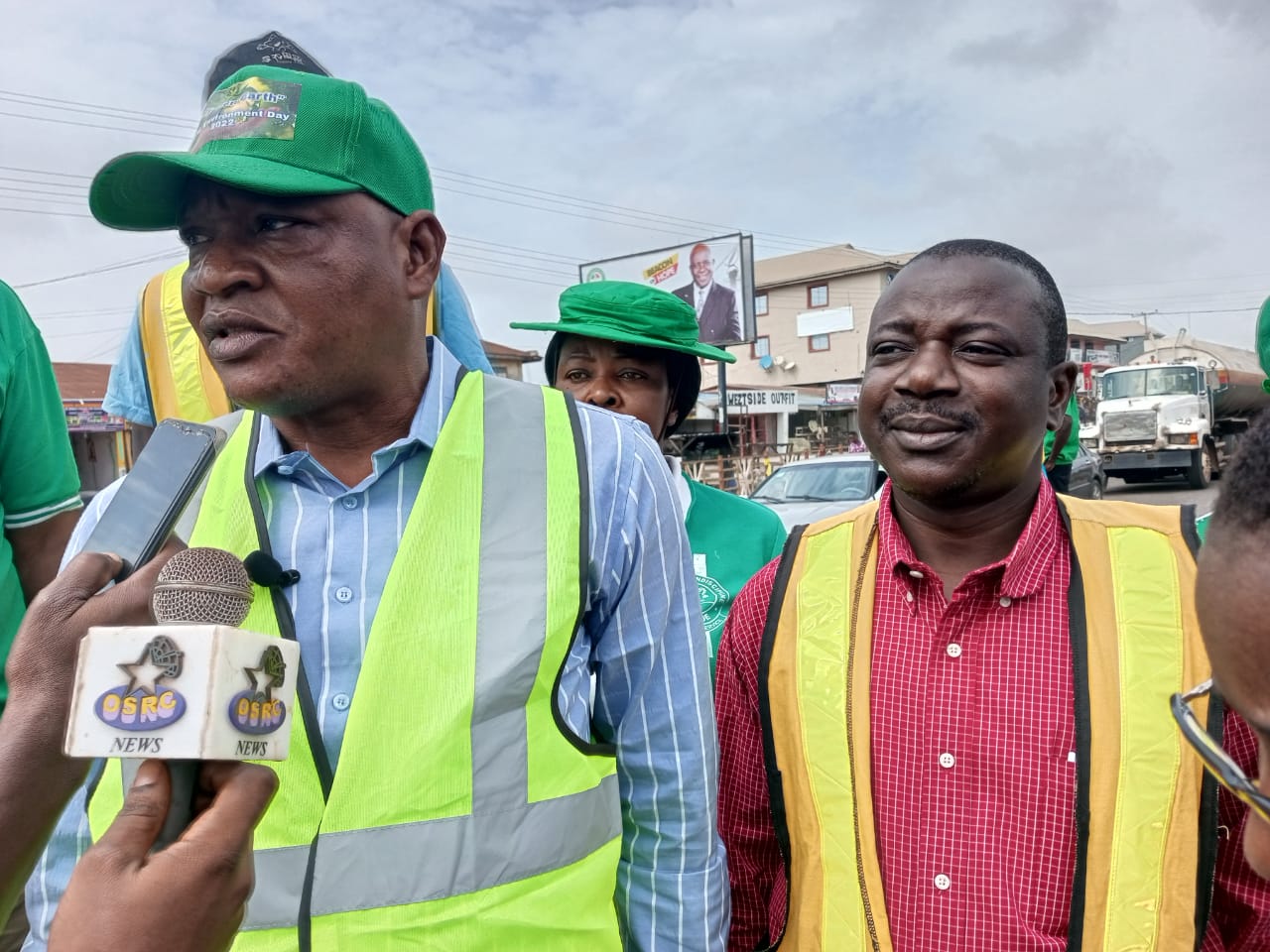 …as 70 held over violation of environment law

The duo while speaking shortly after monitoring the October edition of the monthly environmental sanitation excise within Akure metropolis, particularly charged the residents to make cleanliness a daily affair to ward off any form of diseases.

During the exercise on Saturday, no fewer than 70 persons were arrested at different locations within the state capital for violating environmental sanitation law.

The Commissioner noted that anybody who violates environmental sanitation laws in the state will face the full wrath of the law.

He particularly lauded Governor Oluwarotimi Akeredolu of Ondo State for his proactiveness and commitment to prevent flooding in the state, adding that the procurement of Swamp Buggies by the government to clear waterways has drastically reduced flooding and prevented loss to lives and property in the state.

Olajumbu described the sanitation excise as successful, with high level of compliance, even as he further encouraged all residents including market men and women as well as other business owners to continue to cooperate and support government to ensure healthy and hygienic environment for all to live in.

While charging the residents to always keep their waste in waste bins for easy evacuation by waste collectors, the Acting General Manager equally warned against dumping of refuse in unauthorised places, saying it is unhygienic.

The Acting GM promised to intensify efforts and step up their activities, particularly in the area of enforcement to ensure the citizens key into all rules and regulations guiding environmental sanitation in the state.

“We want to cap down on those who violate environmental laws. We will continue to ensure that Ondo State is free from refuse pilation. Ondo State must remain clean and hygienic for all of us to live in”, Olajumbu added.

During the exercise, the duo also supervised evaluation of waste in different parts of the state capital.