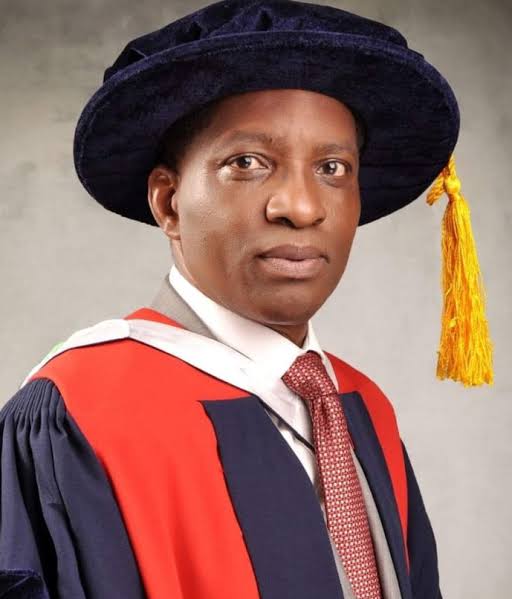 Adesegun Fatusi: One Year of Building Habitat of Hope for UNIMED

The task of running a specialized public university in Nigeria is an onerous one. It requires not just funding but political will, which is a requisite for development in any institution, public and private alike.

Established in 2014, the University of Medical Sciences in Ondo City, Ondo state (UNIMED) is the brainchild of former Governor of Ondo state, Dr. Olusegun Mimiko. It is the first specialized medical university in West Africa and third in Africa, according to Late Emeritus Professor Oladipo O. Akinkugbe, the University’s Pioneer Pro-Chancellor and Chairman of Governing Council. The vision was to support Nigeria’s quest for high quality education, service delivery, research and innovation in the field of medical sciences.

It is worthy of commendation that Mimiko’s successor, Governor Rotimi Akeredolu, inspite of political and ideological differences, carried on with the vision of the founding fathers of this nestling but pace-making university that has come to stay and reaching out for the stars.

Like Mimiko who appointed a non-indigene, Prof. Friday Okonofua, as UNIMED’s Pioneer Vice-Chancellor, Akeredolu also appointed the second Vice-Chancellor, Prof. Adesegun Fatusi, a Community Medicine and Public Health Physician of Ogun state descent, who held sway as Provost of College of Health Sciences at the Obafemi Awolowo University (OAU), Ile-Ife between 2013 and 2017.

Needless to say that Fatusi’s intimidating credentials, demonstrable leadership skills and stellar performance as Provost made him the candidate to beat of all the eggheads who vied for UNIMED’s top job.

According to Prof. Okonofua “We went through a thorough process to select the Vice-Chancellor who succeeded me. I have known him for years, we attended the same medical school. Prof. Adesegun Fatusi is extremely proactive.

I am very proud of him. As I wake up everyday, I have no doubts that University of Medical Sciences is in very good hands and I pray that when he finishes, the university will also be handed over to another good administrator”

My first encounter with Prof. Fatusi was on 2nd of May 2020. Prior to that first meeting, I had had doubts in the capacity of who will take over the baton of leadership from Prof. Okonofua.

From the parking lot to the reception, the VC’s waiting room to the convenience, I could see a touch of excellence in the man that was waiting to receive me.

We had a chat for over an hour as he walked me through his vision for UNIMED, which is anchored on STARS agenda. STARS is an acronym for Strategic Repositioning, Technological Advancement, Accentuated Capacity Development, Resource Mobilization and Optimization and Sustained Stakeholders’ Engagement. I had my jotter full of the breakdown but time will not permit me to x-ray this agenda one by one. What you will find here is a summary of the milestones backed by vox-pops.

Just last month, I came back to Ondo and made a stopover at the university wanting to see the progress made so far. I drove round and saw new buildings that were just coming up and I had to speak with some staff and UNIMEDics, by UNIMEDics I meant students of the University of Medical Sciences Ondo City (UNIMED) – a term I wish the university could adopt.

Assessing the STARS agenda, I spoke with Prof. Adeseye Arogunjo who is the Deputy Vice-Chancellor (Academics) of the university and in his words “The second Vice-Chancellor (Fatusi) has come to build on the foundation laid by the pioneer VC. He has come for the superstructure of UNIMED with his finesse kind of activities

He has the needed temperament, the know-how, the ability, the appropriate gesture and charisma for the job. He is so perfectly and wonderfully coordinated. He is calculated, ever there, he has a superb human relationship and he is such a humble man. With his kind, UNIMED is going places.”

Under Fatusi, 12 new courses have been accredited by the National Universities Commission (NUC) with a number of them domiciled in the new faculty of Medical Rehabilitation, the first of its kind in any Nigerian university, which is a great feat that shows the determination of the new Vice-Chancellor to ensure that UNIMED becomes the leading training centre for medical rehabilitation in West Africa by 2022.

In just one year, Prof. Fatusi’s uncommon leadership style and administrative skills have exposed the university to the international community and positioned it for funding locally, such as the Tertiary Education Trust Fund (TETFUND).

According to the university’s Registrar, Dr. Wole Ekundayo, “Prof. Fatusi has brought international dimension into the whole thing because of his exposure and intellectual level. Now most of our operations have been internationalized, we have started linking up with other universities abroad. We have established a research unit that puts together all the research activities of the university in an organized manner.

“We have been able to benefit more from TETFUND, if you go to Laje (the University’s main campus) you will see some of the new structures there unlike before when TETFUND was only accessible to Adekunle Ajasin University Akungba, among all the state universities in Ondo state. One of the most important things I must mention is his administrative acumen. He works according to laid down rules and regulations. He calls meetings and consults widely before taking any decision. He has a participative management style that is very rare in other universities and that is why we are forging ahead”.

I have come to the understanding, while working in the public sector, that funding for any public project will never be enough otherwise, there will be no need for government to exist. I have also observed that a lot of administrators in Nigerian tertiatiry institutions are always enmeshed in financial slur. Prof. Fatusi’s prowess at resource mobilization stands him out. Little wonder his staff call him a man of due process.

The university’s Acting Bursar, Mr Muritala Shittu Oluwanifemi, attested to this during my interaction with him. “We want to thank the Vice-Chancellor and other supporting staff who ensured that the resources of the university are channeled toward success because now that the university is expanding and more students are coming in, it means more resources but if the resources are not judiciously used, it will be devoted to white elephant projects and I can boldly say that this is not the case in UNIMED. We are grateful to the new VC {Fatusi} and it is a privilege to be working with such a dedicated and hardworking man.” He said.

“He relates with students in a fatherly manner, yet very humble” Oyegbeso Bisola, a final year student in the department of Biochemistry, said of Prof. Fatusi, who is leaving no stone unturned in ensuring that students of the UNIMED compete favorably with their peers in the developed countries.

The university is about one of very few public tertiary institutions in Nigeria that was able to swiftly adapt to online learning during the COVID19 pandemic that paralyzed every aspect of the economy, resulting in a nationwide lockdown.

Ezekiel Adetuwo, a 400 Level student in the department of Microbiology recounted the experience of using digital learning. According to him “the pandemic could not stop our calendar as virtual classes continued uninterruptedly and they were as interactive as physical classes. I felt on top of the world seeing my school having online classes while my friends in other public universities were at home doing nothing”.

Prof. Simidele Odimayo, Dean, Faculty of Clinical Sciences said “This university has entered into a super high way of acceleration. With the new vice chancellor, his innovation, zeal and the dedication of staff, I can see us going very far. With him at the helms of affairs, we will be bridging some important gaps in the industry in a short while in terms of medical services and products”.

Governor Akeredolu’s appointment of Fatusi to lead the Ondo state Interministerial Committee on Covid-19 in less than six months after he was appointed VC, following the demise of the erstwhile chairman, late Dr Wahab Adegbenro is another eloquent testimony to the acknowledgement of his administrative competence and sagacity.

Fatusi is no doubt convinced and unwavering in his overall future goal for the university as the go-to institution on medical education and a truly top-notch research haven with tentacles spread across Nigeria, West Africa and the globe, especially on excellent teaching, research and services.