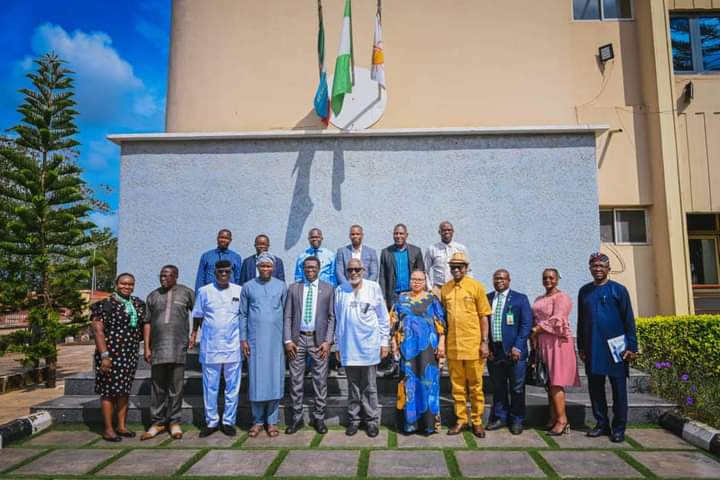 Ondo State Governor, Arakunrin Oluwarotimi Akeredolu, SAN, on Tuesday said he is proud of the achievements recorded by his administration in the health sector.

The Governor declared that the health sector in the state fared better under his administration since he assumed office in 2017.

The Governor stressed that the Mother and Child hospitals were only two before his administration came on board.

He said the hospitals were extended to seven across the three senatorial districts of the state by his government.

Governor Akeredolu also said the University of Medical Sciences had no accredited courses until when his administration facilitated the accreditation of many courses in the institution.

According to the Governor, there were dearth of equipment in the various hospitals in the state before his government intervened.

Governor Akeredolu noted that his administration is also constructing 250-bed facilities both at the University of Medical Sciences Teaching Hospitals (UNIMEDTH) in Akure and Ondo town, respectively.

He further stated that more health workers including doctors and nurses have been employed by the Hospital Management Board, UNIMEDTH and the Primary Health Care Development Agency.

“When we came in, there were many things that were lacking but are now put in place. Will it be denied that when we came on board, the State Specialist hospital we met in Akure was not the same today. We are putting a 250-bedder both in Akure and Ondo,” Akeredolu added.

The Governor called on the NMA leadership to help propagate the state Contributory Health Insurance Scheme, adding that it will rebrand the state health sector and position it for optimum performance.

Earlier, the NMA chairman, Dr. Omosehin Adeyemi-Osowe, described the recruitment done by the Akeredolu administration at the Primary Healthcare Development Agency as the single most largest employment done at the agency since the creation of the state.

He said: “I will like to appreciate you for the security measures embraced by your administration to ensure peace in the State. Also, we appreciate you for the massive infrastructure in the state. We can see the road construction across the length and breadth of Ondo State. And this is in accordance with the REDEEMED Agenda of your administration.

“I will also commend you for the now monthly salaries that we get. Also, the massive employment done last year into this body and it cut across Doctors, Pharmacists, committed extension workers, committed officers and other health workers.”