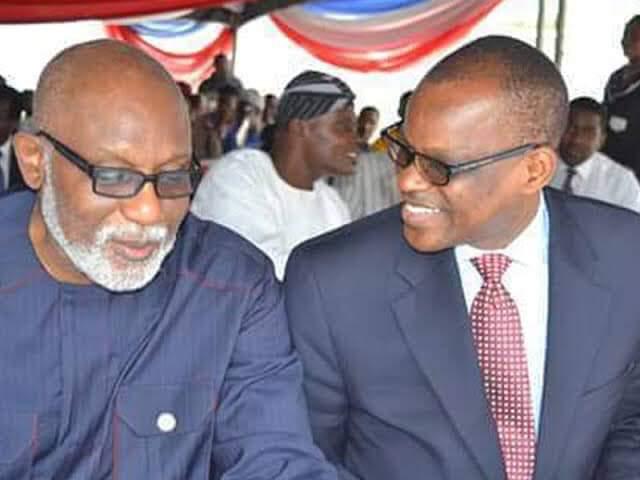 Governor Akeredolu had on Thursday, April 1, 2021, embarked on the vacation as the first instalment of his 2021 Annual Leave.

Speaking with reporters in his office, Alagbaka, Akure, the Governor described his vacation as
a refreshing time.

He said: “We have been on this task for over a year without a break. I knew I needed a break so that I could be rejuvenated. I took my time to do a few things. I had a good time.

“Just as I came into the country, the first thing that was put on my table was the victory at the tribunal. It is a great tonic for any governor. It shows me that I have a great task ahead, especially to the people who voted for us. My duty is to accelerate our work and do more.”

While Governor Akeredolu was away, the Deputy Governor, Hon. Lucky Orimisan Aiyedatiwa, performed the functions of the office of the Governor.

The Governor of Ondo State, Arakunrin Oluwarotimi Akeredolu, SAN has described his main challenger in the last two governorsjip elections, Mr Eyitayo Jegede, SAN as a worthy son the State should be proud of.

Beside describing Jegede’s virtue of humility as legendary, Governor Akeredolu says notwithstanding the last two political outings in which they were both the major players, their bonds of friendship, brotherliness and professionalism remain very strong.

“It is without doubt that Tayo remains an appreciable figure in our dear State. His palpable passion for the State is incurable even as he remains one worthy son we should all be proud of in Ondo State.

“Between Tayo and I, there have been two keenly contested governorship elections which to the Glory of God, have both come my way. In spite of this, our friendship, brotherliness and professional bonds have remained strong and largely unaffected.

“In all these, our shared commonality and virtues have played a big role. But above all, Tayo’s legendary humility deserves a huge commendation.

“As Tayo clocks 60, it is our profound prayer for God to keep him in good, sound health and increased wisdom to achieve his heart desires. On behalf of my Adorable Betty and the good people of Ondo State, I congratulate my dear brother, learned friend and worthy compatriot.

“CONGRATULATIONS. All honour, glory and adoration belong to the Lord for seeing you to this enviable age. Asodunmodun, àsosùmòsù, igba odun odun kan. Age gracefully!”.