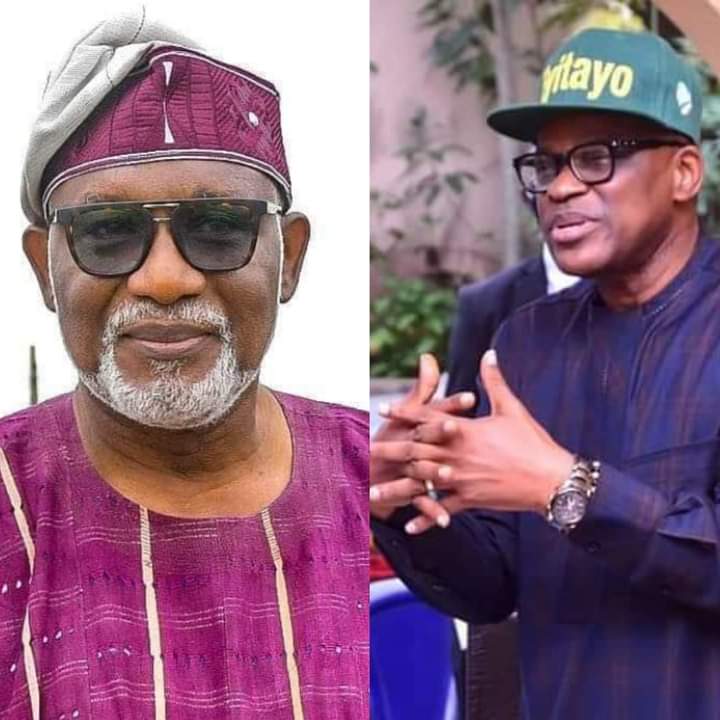 Aketi vs Jegede: Why we won’t suspend tomorrow’s Congresses —APC

Chief Adeniyi Akintola, (SAN) one of the lead counsels of the Ondo State governor, Rotimi Akeredolu in the election petition decided in his favour, on Wednesday, by the Supreme Court has dispelled insinuation that the Justices in both majority and dissenting judgements faulted the eligibility of Yobe State governor and Chairman All Progressives Congress, Caretaker and Extraordinary Convention Planning Committee, Mai Mala Buni to hold both elective and party positions.

Checks revealed that the candidate of the People’s Democratic Party in the October 10, 2020 Governorship election, Eyitayo Jegede SAN in his petition had argued that Governor Buni, according to section 183 of the constitution and article 17(4) of the APC, could not function both as governor and acting chairman of the APC concurrently.

His prayer was hinged on the fact that the acting National Chairman of the APC and Yobe State Governor, Mai Mala Buni, was the one, who forwarded Akeredolu’s name to the Independent National Electoral Commission (INEC) as the candidate of the APC.

The PDP candidate submitted that Akeredolu’s nomination breached the law and as such, his election should be nullified.

Further investigation revealed that Justices Mary Peter-Odili, Justices Ejembi Eko and Ibrahim Saulawa in their minority judgements declared that Akeredolu’s election should have been nullified, while the appellants, (PDP and Jegede) declared winner of the October 20, 2020 governorship poll.

Justice Eko, further maintained that Buni violated the Constitution, when as a sitting governor, still acted as Chairman of the APC by submitting Akeredolu’s name to INEC for purposes of the governorship poll.

Against the backdrop of the minority judgements, a chieftain of the APC and Minister of State, Labour, Festus Keyamo,(SAN) in a private memo to the party stakeholders which had since gone viral called for a halt to the ward Congresses slated for Saturday while he equally demanded that machinery be set in motion to see to the exit of Governor Buni led CECPC from the party national secretariat.

The main opposition party, the People’s Democratic Party spoke in a similar vein as it called for the dissolution of the interim leadership of its main rival, the APC.

But addressing newsmen, on Thursday, at the party national secretariat in Abuja, Chief Akintola (SAN) faulted the position canvassed by Chief Keyamo(SAN) and certain chieftains of the party.

He told newsmen that no court in the land would attach value to minority judgements as it noted that it was of no value.

He maintained that by the pronouncements of the Election Petition Tribunal and the Court of Appeal which was affirmed by the apex court, Governor Buni could combine both party and elective positions.

“In 2008, Abubakar Atiku versus Sheu Musa Yar’Adua, there was minority judgements given by Justice George Oguntade, Justice Walter Onoghen and one other justice while Justice Niki Tobi delivered the majority judgement. So, there has always been precedence.

“There is no value attributed to minority judgement. So, what happened yesterday isn’t strange. So we are worried that some lawyers are attaching value to it.

‘Section183, according to the justices wasn’t violated by Buni. That was the reasoning of the tribunal. The court of Appeal even affirmed the election petition stance that Section 183 wasn’t breached.

“The Supreme Court upheld the position of Court of Appeal and the Election Petition Tribunal that Buni position as governor doesn’t contravene provisions of Section 183.

“The Congress can go on as scheduled. There was nowhere the majority judgement says Buni breached section 183. The minority judgements are of no value, it has no consequences.”

Also speaking at the media briefing, the national secretary of the party, Senator John James Akpanudoedehe maintained that the party faithful has nothing to worry about.

He assured that the ward Congresses fixed for Saturday would not be halted.

He further alleged that certain aggrieved chieftains of the party are anxious to cause confusion and instigate crisis in the party by giving conflicting interpretations to the judgement of the Supreme Court.

“Some people want to use the judgement to vent their anger. I want to assure you that the congresses will be held across the country. We shall be fair to all, and be firm.

“We remain committed and loyal to the Buhari administration. We won’t be used to bring down the government of Buhari. We would hold the Congresses as scheduled.”