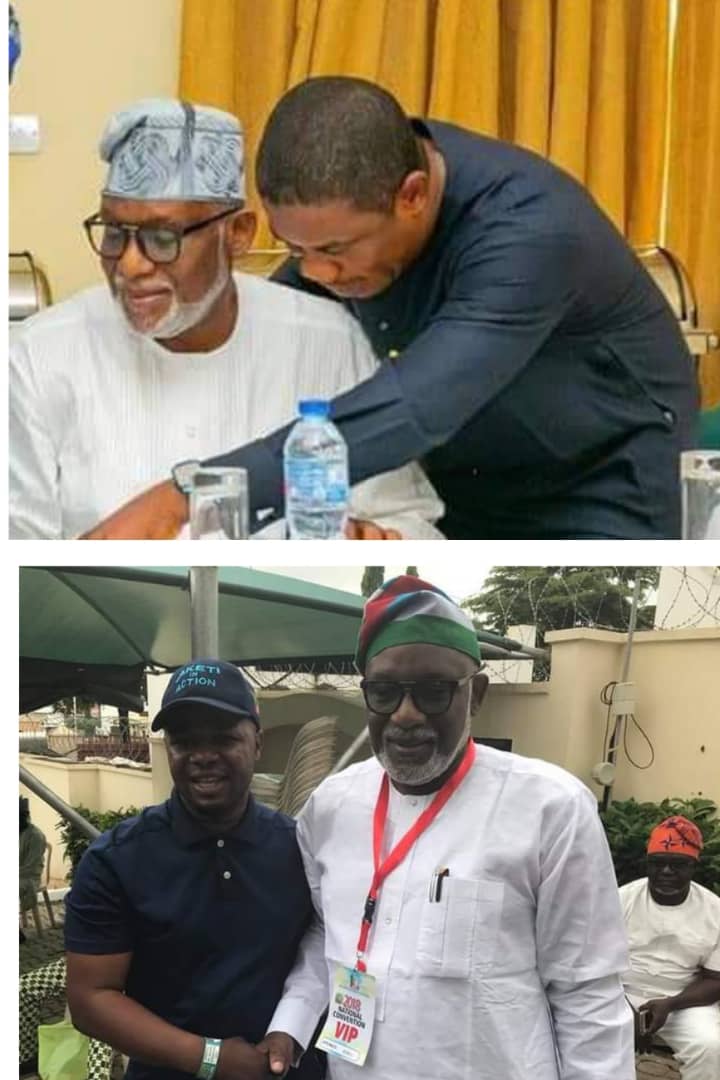 Hon Adewole who specifically described as round peg in the round hole, the emergence of Hon Kekemeke who is the Pioneer APC Chairman in state, Former SSG, Ex-Commissioner and Ex-State lawmaker.

The APC chieftain applauded Governor Oluwarotimi Akeredolu and the State Chairman of the APC, Engr Ade Adetimehin for leading Ondo state delegates to hugely successful National Convention in Abuja where well-thought out consensus arrangements were deployed to ensure election of all the National Officers with Hon Kekemeke and Kolade Lawal (Zonal Youth Leader) representing the State.

In a Press Release he personally signed, the Assembly Hopeful, who is also the Chief Executive Officer of Major Dee Motors, expressed optimism that deep and wide experiences of Adamu, Omisore and Kekemeke, APC would coast to victory at all levels comes during the 2023 general election.

While rejoicing with Hon Kekemeke on this huge feat, the APC Assembly Aspirant expresses optimism that the former Commissioner will bring his administrative and political dexterity on the table by working hard with Governor Akeredolu and other party leaders to further record more electoral victories in Ondo state.

The 42yr-old Assembly Aspirant, also urges the new NWC members to leverage on their smooth emergence to further strengthen all structures of the party for the benefit of both APC faithful and Nigerians at large.