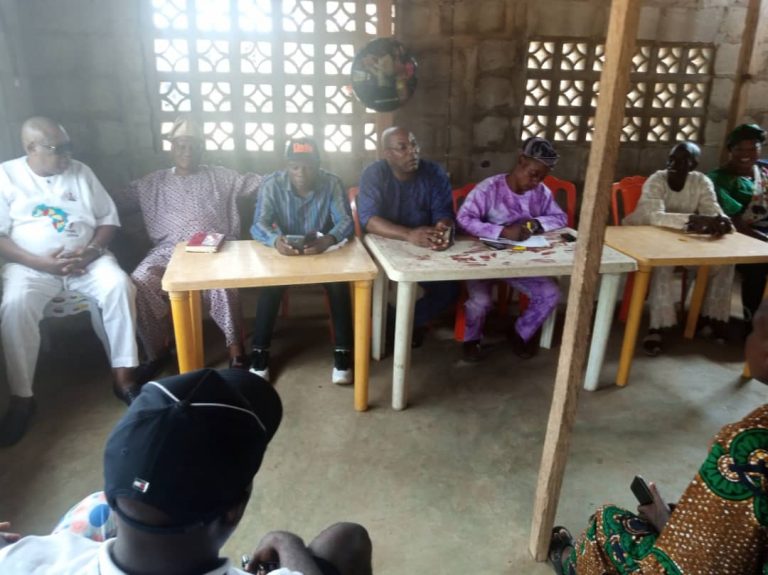 The Leadership of the All Progressives Congress in Akure North Local Government met today to deliberate and intimate party leaders, stakeholders and members on the party that will be used to elect the executives of the party into positions during the ward and local government congress scheduled for July this year.

At a meeting called by the State Chairman of the Party, Engr. Ade Adetimehin and attended by the Governor, Arakunrin Oluwarotimi Akeredolu, the Minister of State for Niger Delta Affairs, Senator Tayo Alasoadura and other Chieftains of the party.

It was unanimously agreed by party stalwarts at the meeting last weekend that consensus is better used as it would nip in the bud crisis and disunity. All the leaders present agreed that consensus is perhaps the best option that will be used to elect party executives into positions.

The governor, who also double as the leader of the All Progressives Congress in Ondo State emphasized
Forty years age limit for party youth leaders and Twenty five percent for women folks into executive positions across board.

Eleti further informed members of the party, particularly the Ward Chairmen and leaders to go back to their various wards and spread the executive positions into all the units through consensus.

‘ Party members can identify notable leaders in their areas. Those party leaders will sit down and through consensus pick the ward executives without interference from leaders of other wards’, Eleti said.

All ward chairmen, Councillors, Secretary of the local government and other party stalwarts were at the meeting.

A former member of the State House of Assembly, Hon. Olamide George and Mr Lincoln Afolabi Ojo, Senior Special Assistant to the Governor sent in their apologies. The duo are currently out of the country.