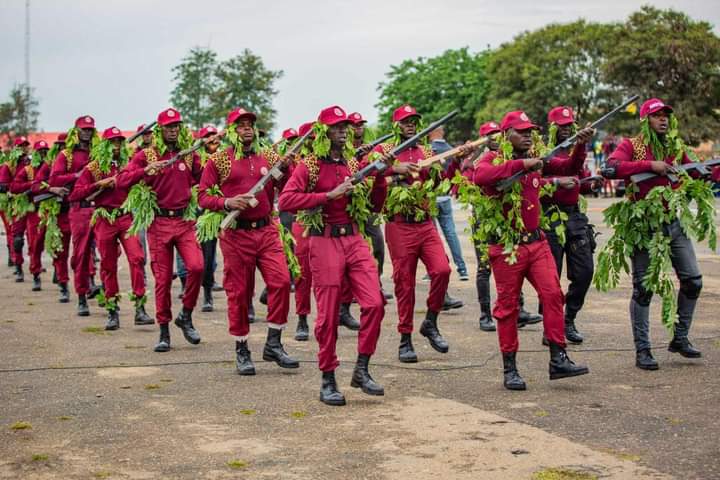 In its quest to get Ondo state raid of criminals, the state Security Network Agency codenamed Amotekun Corps, has embarked on the second phase of “Operation Clean Up” in the State, after recording success in the first phase of the security exercise.

Speaking during the exercise in Akure, the Corps Commander of Amotekun, Chief Adetunji Adeleye explained that there is no longer hiding place for criminals in the state as the exercise was targeting at flushing out hoodlums.

The Commander stated that the reason for the show of strength was to scare away criminals with a view to curbing their dastardly acts in the state.

Adeleye while stating that the first phase of the Operation Clean up  was a huge success with the arrest of over 400 suspects which were mostly Okada riders who disobeyed restriction order of hours of working,  hinted that other suspects have been charged to court, adding that some are serving jail terms.

“We have dispatched our new 500 officers to different locations in the 18 Local Government areas of the state and with this, more arrests of suspects are expected”, he said.

The Amotekun boss noted that the show of strength exercise was also meant to sensitise the general public that the state is peaceful with their supports as it was done during the Okada restriction time which is 7:30 pm.

The places visited were; Alagbaka, the popular NEPA roundabout, black spots in the metropolis, the ‘A’ Division Police Station area to Oja Oba, Oba Adesida road to Oyemekun, Ilesa garage and to FUTA South Gate, Roadblock as well as the First bank axis.