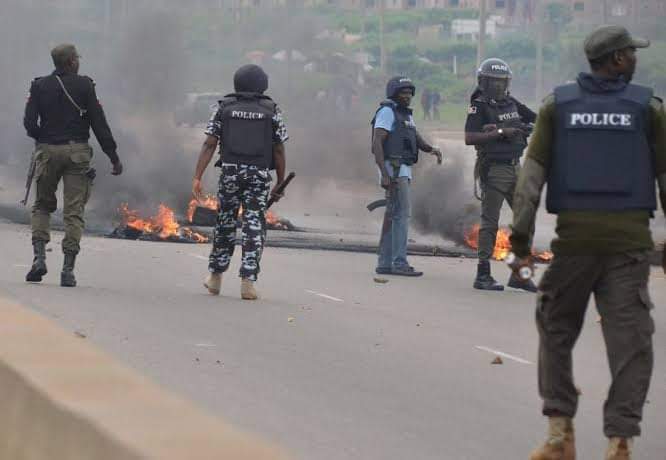 The Independent National commission, INEC has suspended the bye election into Ekiti east constituency one of the state house of Assembly.

Dr Tella explained that the suspension was based on violence that characterised the exercise in some polling unit in OMUO EKITI.

He alleged that three persons persons were shot dead while a police woman, corps member and INEC staff sustained gunshot injuries which necessitated the suspension of the exercise.

According to him, the poll was disrupted in some polling units in Obadore, saying that the safety of electoral officials, materials and Security personnel could no longer be guaranteed.

Meanwhile, angry reactions have been trailing the violence as the senator representing Ekiti south, Biodun OLUJIMI and a member of the house of Representatives, Mr FEMI Bamisile condemned the violence that marred the bye election.

In a separate interview, senator OLUJIMI and Mr Bamisile called on the police to bring the perpetrators to book to ensure Justice.

Today being 20/03/2021, some suspected thugs attacked ward 7 Unit 7 Iworo in Omuo Ekiti, shooting sporadically while eligible voters were casting their votes in a bye election of Ekiti State House of Assembly.

In the process, 6 people were injured, among them were two policemen and one National Youths Service Corp(NYSC) member who are currently receiving treatment in Ikole General Hospital.

The Command Operatives swung into action and arrested three(3) of the suspects.

The State Governor, DR JOHN KAYODE FAYEMI, has however, given a directive that all the suspects involved must be apprehended and brought to book.

The Ekiti State Commissioner of Police, CP TUNDE MOBAYO assures the general public that those involved shall be made to face the full wrath of the law, while enjoining everyone to be calm and avoid any form of apprehension.

The Governor of Ekiti State, Dr. Kayode Fayemi has condemned, in strong terms, the violence that marred Saturday’s bye-election in Ekiti East Constituency 1 of the State House Assembly, saying that no one involved in the dastardly act would go unpunished.

Consequently, the Governor has directed the State Commissioner of Police, Babatunde Mobayo, to ensure that everybody involved in the violent act are apprehended and brought to book regardless of their party affiliation.

The Governor also commiserated with the families of those reported to have been killed in the mayhem as well as those who sustained injuries.

“This violence is most unwarranted, and deeply disturbing. I have instructed the police authorities to fish out the perpetrators and ensure they face the music. Our condolences to the families that lost loved ones and those who were injured. Government would not relent in efforts to always ensure safety of lives and properties. We shall ensure all purveyors of violence are brought to book.”, the Governor added.

Governor Kayode Fayemi also wishes to reiterate the commitment of his administration to upholding the sacredness of life and sanctity of the electoral process.

Chief Press Secretary to the Governor