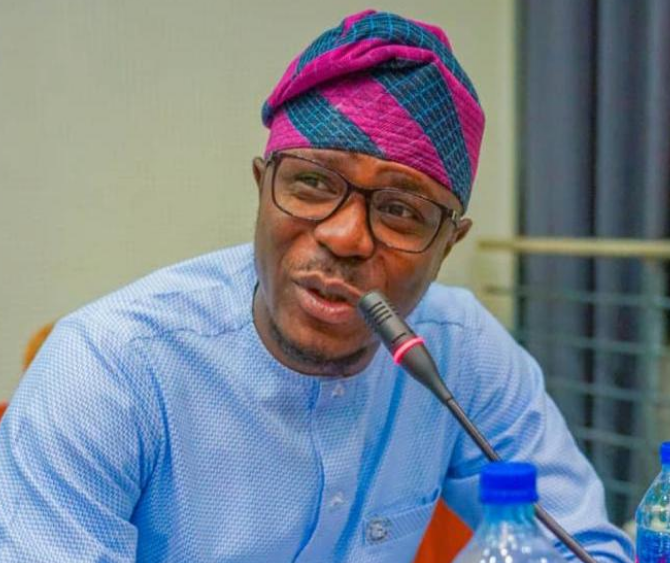 This decision was taken on Monday, July 26, 2021 at the Opasorun-Idanre federal constituency office of Hon. Adefisoye by members of Social Democratic Party (SDP) that have since defected with the federal lawmaker to the ruling APC.

A six point communique issued and signed by Hon. Vincent Akinde after the meeting reads :

i. That we pass a vote of confidence on our leader and member representing Idanre/Ifedore federal constituency, Hon. Alhaji Tajudeen Adeyemi Adefisoye,

ii. That we thank our amiable Governor Rotimi Odunayo Akeredolu for his good work that is very evidence in the entire landscape of Ondo State and especially in Idanre Local Government. We also thank Mr Governor for his irrepressible voice that is readily given in defence of Ondo State and the entire South west region anytime the need arises.

iii. That we urged our leader, Hon. Tajudeen Adeyemi Adefisoye to ensure that 40% of Ward and Local Government Executive positions are conceded to former SDP members that followed our MHR to APC in Idanre and Ifedore Local Government Areas.

iv. That we beg our leader, Alhaji Tajudeen Adeyemi Adefisoye to work assiduously towards ensuring the re-election of Engr. Ade Adetimehin as the Ondo State Chairman of the All Progressive Congress (APC).

v. That we also urged our leader, Hon. Tajudeen Adefisoye to concede 80% of the items and material meant for his forthcoming mega empowerment programme to former SDP members in Idanre and Ifedore that work for his electoral victory in 2019.

vi. Finally, we beg and urge our leader, Alhaji Adeyemi Adefisoye to meet with the officials of Niger Delta Ministry and Senator Tayo Alasoadura in particular, on the need to capture the rehabilitation of Akure-Idanre road in the 2022 budget.