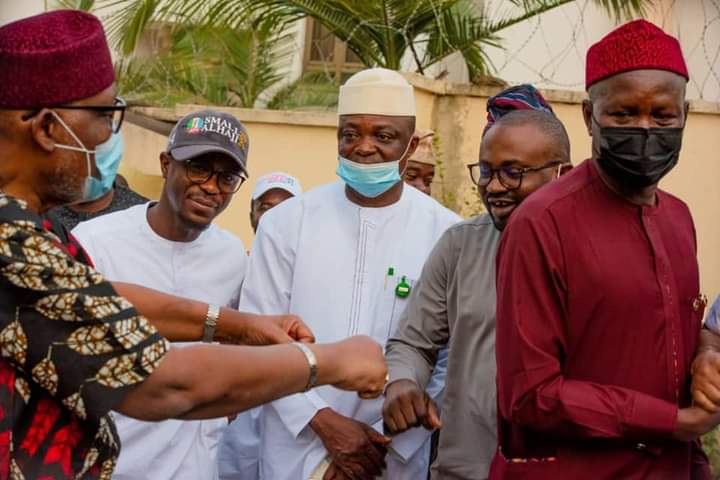 At the well attended meeting held at the Ondo State Governor’s Lodge, Asokoro, Abuja, Governor Akeredolu called on the delegates to be united.

He said it is important for them to work for the interest of the state,adding that the people of Ondo State are always known for their uniqueness.

He charged the delegates to be orderly and arrive the accreditation center early, just as he informed the political appointees who are also delegates that they won’t be voting at the convention.

“I want to appeal to all of us, we need unity of purpose. What is important is our interest as a state”, the Governor stressed.

Present at meeting were the Deputy Governor, Lucky Aiyedatiwa; the Secretary to the State Government, Princess Oladunni Odu; the state chairman of APC, Ade Adetimehin; former and serving members of the House of Representatives (including Hon Olubunmi Tunji-Ojo, BTO and Hon Tajudeen Adefisoye Small Alhaji); former and serving members of the State House of Assembly led by the Speaker, Bamidele Oleyelogun among several other party leaders.

Ondo State is rooting for Kekemeke as the National Vice Chairman (Southwest).