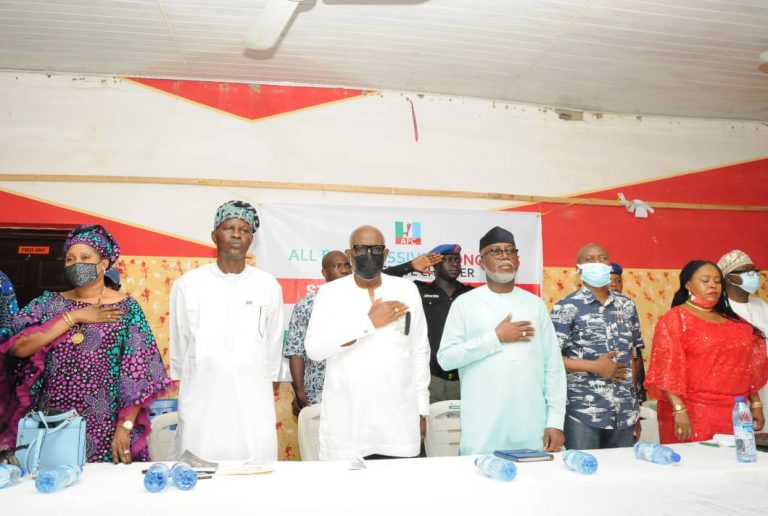 The All Progressives Congress (APC) in Ondo State is amused by the impish report published by an online reporter that the chapter is engulfed with crisis.

It is curious that a credible organisation would come to such extreme generalisation because a group of individuals expressed disagreement with their executive at the WARD level.

The reporter also referred to the State Women Leader of a ruling party as “one Renike Witherspoon”, while generously allotting honourable titles to the aggrieved persons.

For the records, no individual or group has ever laid any complaints, whether by written or oral, to the Owo Local Government secretariat of APC nor to the State office, contrary to the published report.

The guiding rule is for genuine members of the party to explore the well speltout internal mechanisms to present complaints, through the channels, rather than resorting to media attacks on the party.

The State Women Leader, Prophetess Renike Witherspoon, is a transparent and decent politician, with unusual knack for teamwork. She interacts very often with every segment of the women wing of the party, for effective participation.

It is therefore safe to conclude that the so called ‘honourables’ played the script of some desperate persons ahead of the Congress, to create a seeming reason for her removal.

We need to reiterate that the chapter is very strong, virile, united and focused, under the leadership of Arakunrin Oluwarotimi Akeredolu, SAN, and chairmanship of Engr. Ade Adetimehin.

The party urges the public to discountenance the sensational report. We also use the opportunity to implore members of the party to report genuine complaints to appropriate organs of the party for sincere and deserving attention.