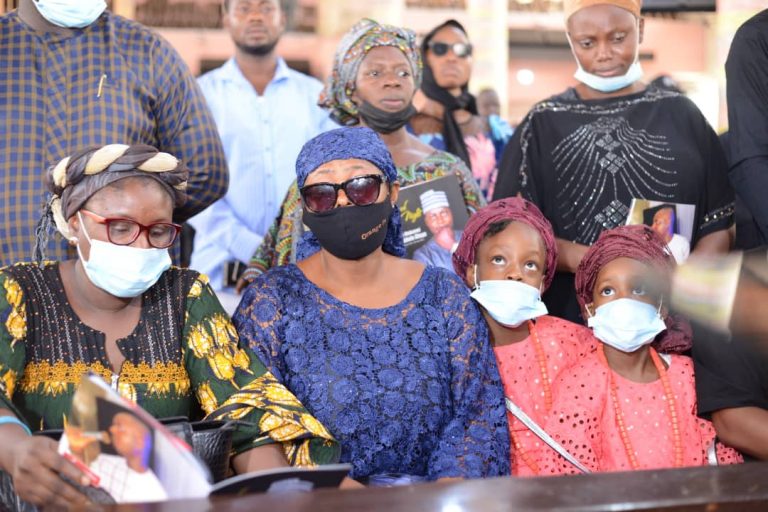 Dignitaries at the event include the bishop of Akure anglican diocese, Rt. Reverend Simeon Borokini, member of Ondo state House of Hssembly, Toluwani Borokini who stood in for Governor Oluwarotimi Akeredolu and the management of Elizade University Ilara mokin, led by the VC, Professor Olukayode Amund, as well as veteran Journalist, Chief Sanya Oyinsan.

He said death is the end of every mortal which is why everyone must strive to please God and serve humanity.

Sanni expressed regrets that people continued to die needlessly across the country, stressing that life had become cheap in Nigeria.

Elder brother of the deceased, Sola Afuye who spoke on behalf of the family called on government to strengthen its fight against insecurity to end the untimely death of future champions in the country.

“We want to appeal to government to weigh in and initiate a system of security that will curtail this type of attack. Also the economic system should be reviewed and checkmate the rate of unemployment which is an indirect cause of attacks. Type of which was responsible for the killing of Olubunmi Afuye.”

The Ondo Chairman, Nigeria Union of Journalists, Ondo state Council, Adetona Aderoboye and his counterpart at the Sports Writers Association of Nigeria, SWAN, Wahab Bankole described Afuye as a honest man and a true friend saying the two associations which he belonged to before his demise will miss him greatly.

At the church cementry, the dust to dust rite was performed by his wife, Olukemi, two children, Oluwakorede and Ireoluwa who wept uncontrollably while bidding the deceased farewell.

Until his gruesome death last Thursday in the hands of some armed robbers during an operation at new generation bank in Ilara mokin at the unripe age of 43, Afuye was a Senior Public Relations Officer at Elizade University, Ondo State and is survived by an aged mother, wife and two children, 4 siblings and in-laws.

His professional body, he Nigeria Union of Journalists, Ondo State Council, family and His friends have come up with an appeal gund for the slain journalist’s family.

I’d really appreciate it if you could share or donate to this GoFundMe,

Support the widow of Olubunmi Afuye

NOTICE: If you are donating from Nigeria, kindly use the widow’s account details as follows:
Wema Bank
0239759591
Rebecca Oluwakemi Afuye