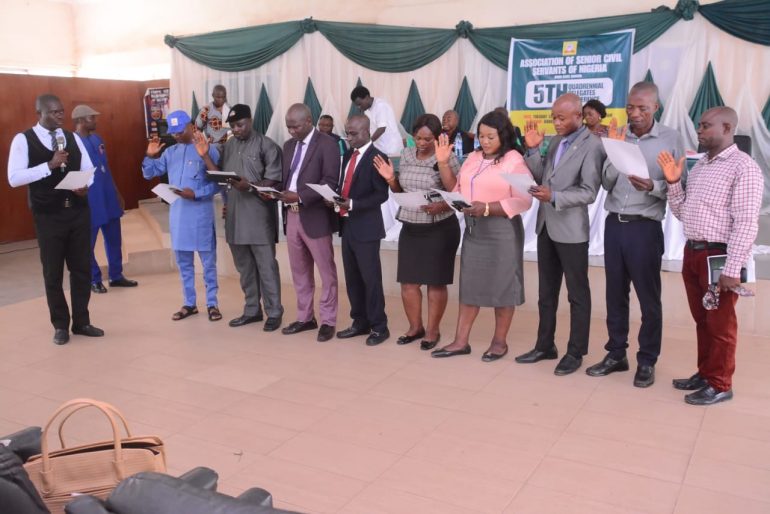 The Association of Senior Civil Servants of Nigeria, Ondo State Branch has elected new executives to run its affair for the next four years.

Other officials elected to lead the affairs of the association for the next four years include; Comr. Olusola Ajayi , State Treasurer,
Comr. Happiness Dimehin, State Auditor, and other ex-officials.

In his acceptance speech, the new Chairman, Comr. Musa Ademuyiwa Samuel thanked the outgoing executives for steering the ship of the association towards the right direction.

He promised to consolidate on the gained already made while operating an open-door administration where all members would have equal voice.

Mr. Musa commended the Government of Arakunrin Oluwarotimi Akeredolu, insisting that the efforts of the Governor at tackling the menace of insecurity in the state is unequalled.