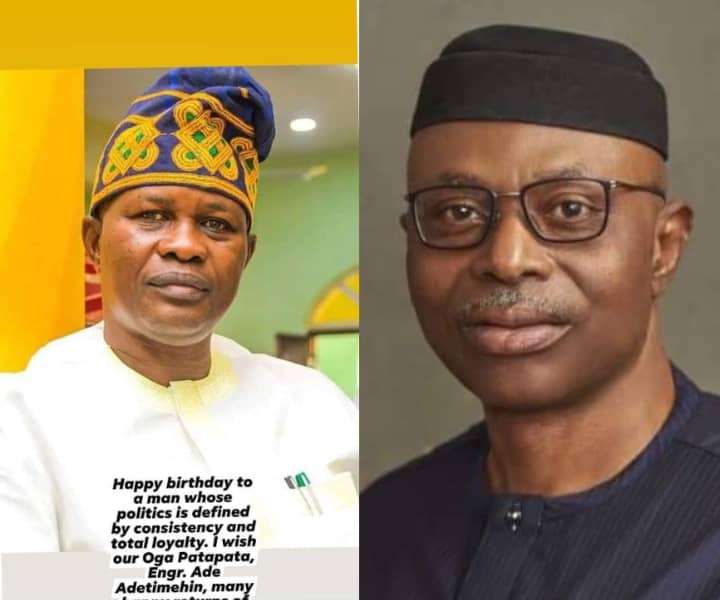 A Chieftain of the All Progressives Congress( APC) and a former Commissioner for Culture and Tourism in Ondo State, Hon. Femi Adekanmbi has extolled the virtues of former governor of Ondo State, Dr Olusegun Mimiko on his birthday.

According to him, Dr Mimiko is worth celebrating for his life of consistent commitment to public service.

Adekanmbi noted especially Mimiko’s giant strides in the health sector when he was governor of the state.

“Mimiko’s Eight year tenure as governor witnessed an unprecedented achievement in the health sector. His unrivaled intervention in maternal and child health had become a template for reducing infant and maternal mortality across the world”, Adekanmbi said.

On behalf of my family, i join friends and associates to felicitate with Dr Olusegun Mimiko on his birthday.

In the same vein, Adekanmbi also applauded the Chairman of All Progressives Congress in Ondo State, Engr. Ade Adetimehin for his sterling contributions to governance in the state.

In a birthday message signed by him, he saluted the comportment, dedication and selflessness displayed by the chairman in handling party affairs in the state.