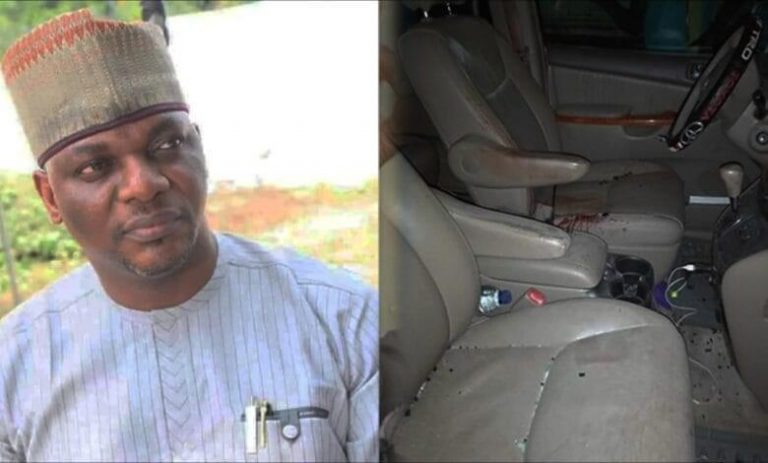 The Commissioner for Pension Board in Kogi State, Hon Adebayo Solomon has been shot dead by gunmen.

The Gunmen killed the Pension Board Commissioner, police authorities confirmed to Channels Television on Sunday.

It was gathered that the commissioner, Honourable Adebayo Solomon was killed on Saturday, while the Chairman of Yagba East Local Government, Pius Kolawole and some others were kidnapped.

The slain commissioner was said to be travelling from Ilorin to Kabba when his vehicle was said to have been shot at Eruku village a few kilometres to Egbe the border town between Kwara and Kogi state by some gunmen.

His remains had been deposited at ECWA Hospital, Egbe, while the whereabouts of Kolawole remained unknown.

Reacting to the incident, the Commissioner of Police in the state, Ayuba Ede, said an intensive investigation is in progress to unravel the perpetrators of the heinous act.

The abduction of the council chairman may not be unconnected with his concerted efforts to rid his local government area of hoodlums suspected to be herdsmen terrorising the council.

Kogi State has been experiencing cases of kidnapping and robberies, with many blaming the criminal activities on the deplorable section of the roads.

In recent times, several armed robbery attacks and kidnapping cases have been reported across the three senatorial districts of the state.

Few days ago, the Senator representing Edo Central in the National Assembly, Clifford Ordia, was twice attacked on Okene-Lokoja and Lokoja-Abaji roads by bandits in Kogi State on his way to Abuja.

Ordia, who is the Senate Committee Chairman on Local and Foreign Debts, narrated his ordeal to reporters on April 28 in Abuja.

He said he was travelling along the Okenne-Lokoja and Lokoja-Abaji roads on Monday when the daredevil bandits opened fire on his convoy while returning to Abuja from his hometown in Edo State.

The lawmaker noted that during the exchange of fire between the criminals and the security operatives attached to him, three policemen sustained gun wounds.

He explained that one of the wounded policemen was in a critical condition but responding to treatment in one of the hospitals in Abuja.