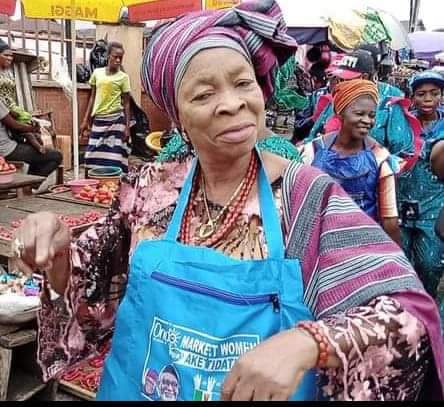 Ondo State Governor, Arakunrin Oluwarotimi Akeredolu, SAN, has commiserated with the market women and family of late Iyaloja General of the state, Chief (Mrs) Akinfemiwa Iwalola, who died last Thursday at the age of 72 years.

Governor Akeredolu said the invaluable efforts, supports and cooperation of the late Iyaloja in rallying market women for the welfare of traders and growth of commerce in the state cannot be forgotten in a hurry.

“Her love for our administration was loud. Her deep passion and interest for the development of the state and sustainability of good governance, particularly as it affects the women folk, mostly traders, were endearing.”

The Governor, who described the late Iyaloja as a woman of honour, said she was a committed market women leader who spent her life in the service to humanity.

“Under her reign as the Iyaloja of the State, she preached loyalty, dedication and total commitment to the issues that affect the progress and development of the state. Her desire to contribute to the economy of the state was fervent. She was a market leader of repute and worthy mother in all ramifications.”

While noting that the market women and men she served selflessly during her lifetime would miss her dearly, Governor Akeredolu described Mrs. Akinfemiwa’s death as a huge loss to the state, especially at this time when she should be around to provide the much needed leadership for the market women in the state.

Arakunrin Akeredolu while urging the immediate family of the deceased, friends and market women in the state to take solace in her good deeds, prayed to God to grant her eternal rest.