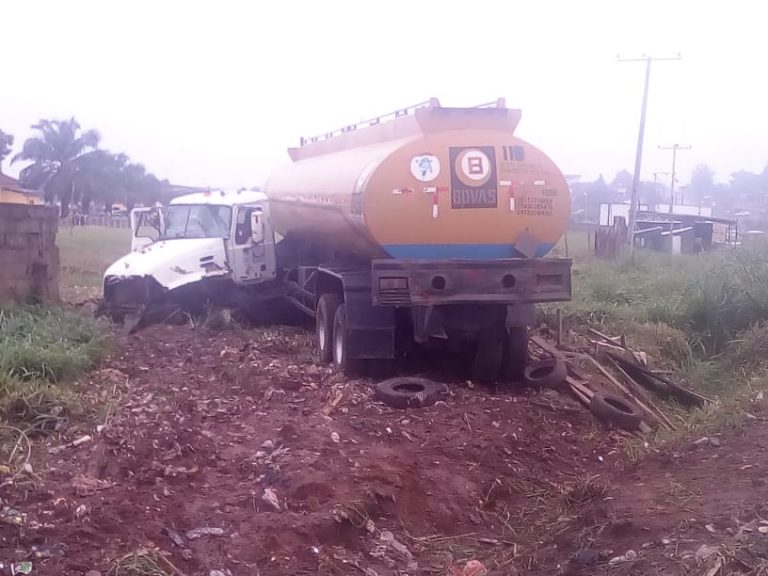 An accident that involved a petrol tanker and many motorcycles have claimed two lives while leaving four others in serious injuries in Ondo town; SUNSHINETRUTH can report authoritatively.

The accident occurred around Sabo Lipakala area of Ondo West local government area of the state on Monday night during an heavy rain that started around 7:30pm yesterday.

Eyewitness account revealed that the driver of the lorry lost control and rammed into on coming motorcyclists resulting to multiple accident.

As at the point of filling this report, the corpse of the deceased have been deposited at the university of medical sciences mortuary in Ondo while the injured are in intensive care of the hospital for treatment.