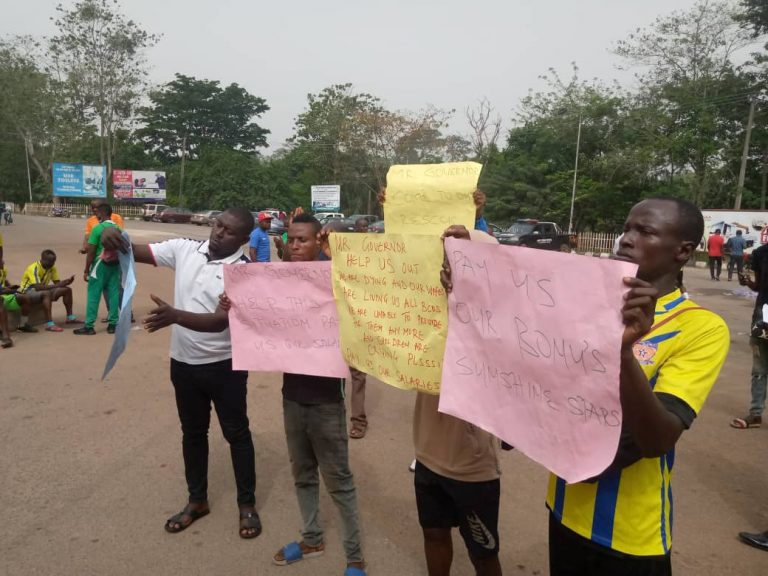 Players and officials of sunshine stars football club of Ondo state this morning disrupted vehicular movement at the road linking to the governors office gate protesting the non payment of their wages; SUNSHINETRUTH reports.

The players who dressed in sporting attires with various placard accompanied with inscriptions like SAVE SUNSHINE STARS,MR GOVERNOR HELP US,PAY US OUR SALARY rendered songs of solidarity. 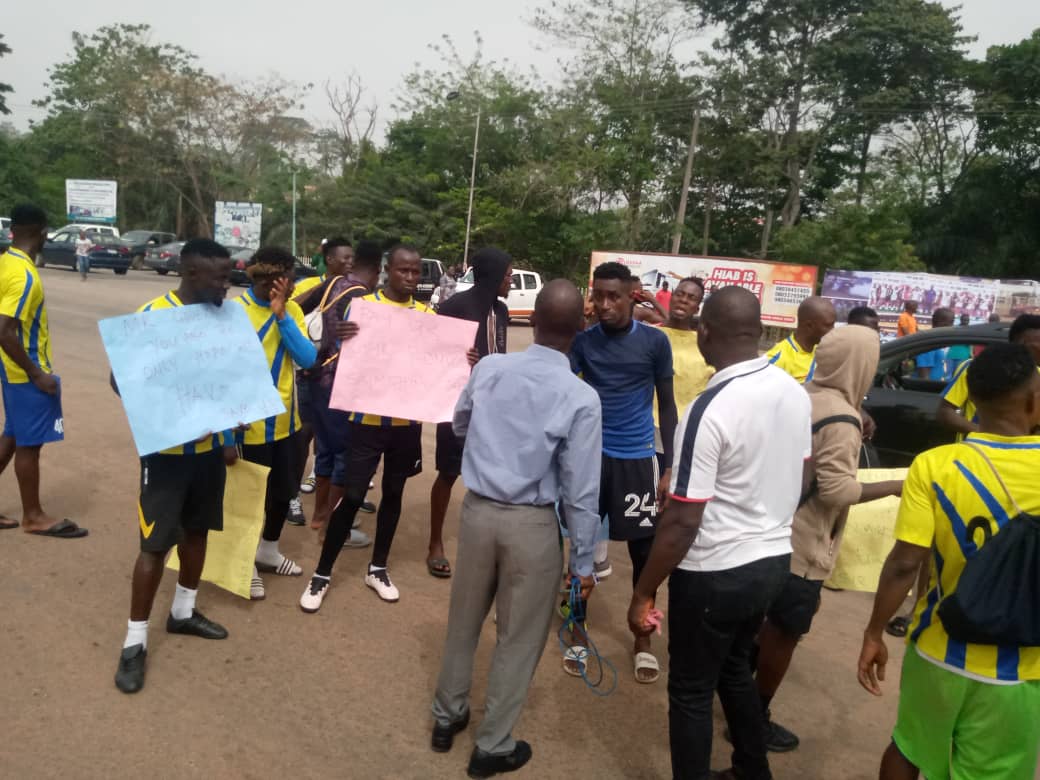 The players also accused the state government of plotting to sell the football club, a move they said would not be favorably to them and image of the state.

Speaking with newsmen on behalf of the players, the captain of the team, Sunday Abe said the players are finding it difficult to cater for their financial demands due to the backlogged of salaries and urging the state government to consider the players in their decisions. 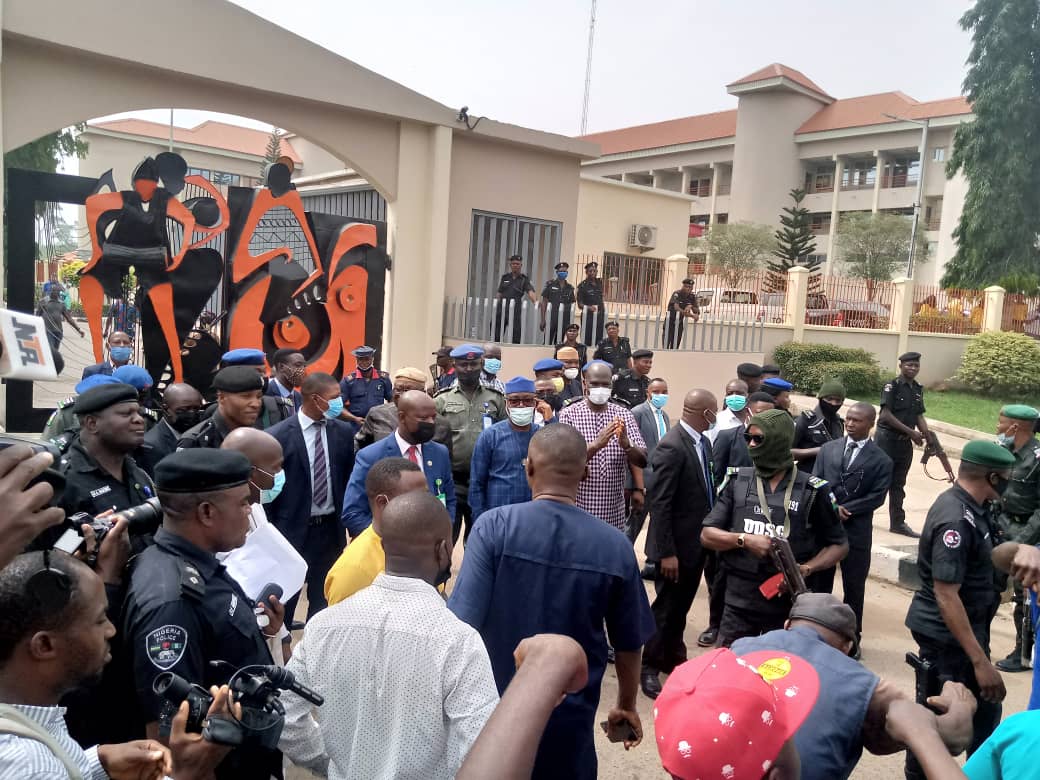 Responding, the state Deputy Governor, Hon Lucky Aiyedatiwa debunked alleged selling of the team, saying all stakeholders would be involved before such action.

He said the state government would look into their grievances.