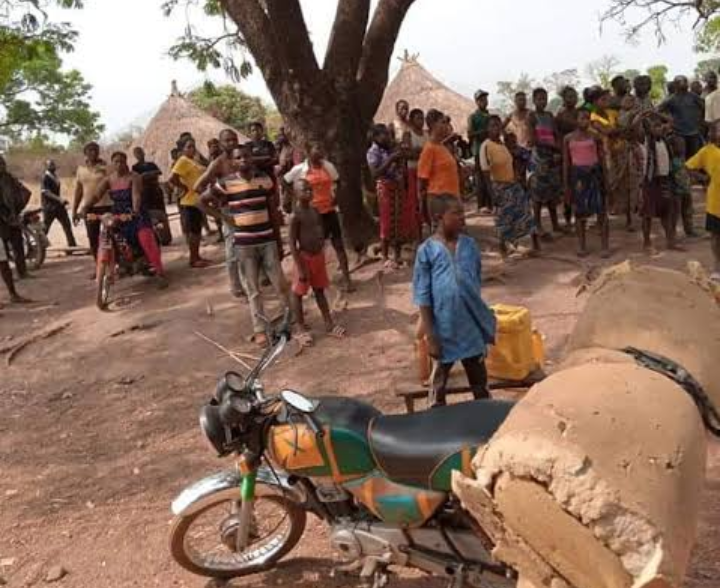 Breaking: Tension as 45 fulani men storm Ondo in the night

There was apprehension in Okitipupa as residents sighted about forty five group of fulani men from the northern part of the country reportedly dumped around 9:00pm last night near Army Barracks in Okitipupa town, Ondo state for an unspecified purpose.

SUNSHINETRUTH gathered that Security operatives including Amotekun corps intercepted the fulani men alleged to be constituting security threat to the area.

Addressing people at the scene which attracted many residents, the chairman, Okitipupa local government, Mr Igbekele Akinrinwa alleged the fulanis movement to the ancient town was allegedly facilitated by Mr Fafoluyi Emmanuel an indigene of the area who had been apprehended by the state’s security corps code named Amotekun.

Mr Akinrinwa however asked the people of Okitipupa local government to remain calm as the visitors would be moved to Akure the state’s capital for further security checks and investigation.