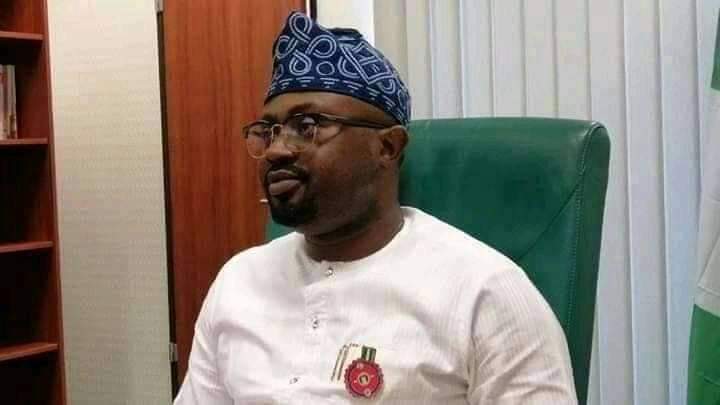 Their main focus was how they could sustain the current quality representation they have at the National Assembly, but there is an existing mutual arrangement that the position should be rotated between the two local governments and this is the only cog on the wheel of this desire.

They collectively decided to put on hold the mutual political arrangement so that both local governments that formed Akoko Northwest/Akoko Northeast federal constituency could sustain what they described as an unprecedented development and even get more dividends of democracy.

It is a rare feat among communities to collectively reach this kind of arrangement in the season when nepotism reigns supreme across all political institutions in the country.

Deliberating on the issue at the palace of Olukare of Ikare where they all converged to take decision on the future of domains, each and everyone of them took turn to analyse the impact of the current representation in their immediate environments to convince one another on why it is imperative to retain the current legislator, Olubunmi Tunji-Ojo, through the ballot in 2023.

No doubt, the current Chairman, House Committee on Niger Delta Affairs, has proved to be among the few representatives who were not overwhelmed by the temptations to amass wealth at the expense of their constituents.

He was at home with the challenges of the communities in the constituency and this formed the basis for the projects he designed and lobbied to attract to his constituency in the last three fiscal years at the House of Representatives.

It was observed during the presentations of the traditional rulers, all of them passionately tabled reasons the sound and valid rotation arrangement must be suspended to allow the ongoing development in all the communities continue for another four political years.

From their presentations and body language, all they desire is sustenance of the current spate of development attracted to the communities by the lawmaker through constituency projects approved for him by the National Assembly.

Being familiar with dispositions of politicians and how desperate they could be at times, the monarch tasked themselves to speak to politicians in their individual domains to reason with them.

They also agreed to address natives and other residents of their domains to ensure they re-elect and return Tunji-Ojo in 2023.

Giving the presentations of the monarchs a cursory look, it became clear that the legislator influenced projects that are grassroots-oriented. This, no doubt, influenced the landmark decision of the traditional rulers.

Akoko was among the first areas bombarded by kidnappers and killer Fulani herders in the wake of invasion of several states by criminals from the northern part of the country.

Many farmers were killed while several women were raped at gunpoint besides huge fund paid as ransom to the criminals.

With the advent of South Western Nigeria Security Network otherwise known as Amotekun and huge effort of the lawmaker through facilitation of patrol vehicles and logistics for Police and other security agencies, the festering insecurity was stemmed in the constituency.

The monarchs disclosed that the effort of the lawmaker has reduced, if not totally eradicated, avoidable death rate in the communities through provision of mobile clinics, tricycle ambulances and medical equipment in all primary healthcare facilities in the constituency.

Education sector was among areas referred to in their addresses as several classroom blocks, skills acquisition centers were also built in different communities in the two local government areas.

According to the traditional rulers, travelling on roads connecting the communities has become a smooth experience as the roads which had hitherto been in deplorable conditions have been fixed through the influence of Tunji-Ojo within the period he got to National Assembly.

They disclosed that the new state of the roads has impacted tremendously on the economy of the communities. Moving their farm produce to towns and markets during special market days has become comfortable for farmers and market women and men.

Among other programmes put in place to help young folks include making provisions of free 1,000 UTME Forms and tutorials for students who are interested in tertiary education annually

He also organised mathematics competition to enhance the development of STEM education in secondary schools within the constituency.

It was revealed at the meeting that a number of youths from the constituency got employed through the influence of the lawmaker.

Besides, market women and other traders have received different empowerment equipment and items during programmes organised by the federal legislator.

These traditional rulers issued a communique after the meeting and declared that they resolved to give their total and unflinching support to ensure Tunji-Ojo is reelected for the continuity of what they described as unprecedented effective representation of their constituency.

As the traditional rulers have taken the future of the communities in their hands, it is expected that their subjects would reason along side with their royal fathers and shelve trading off their future for pastry sum.