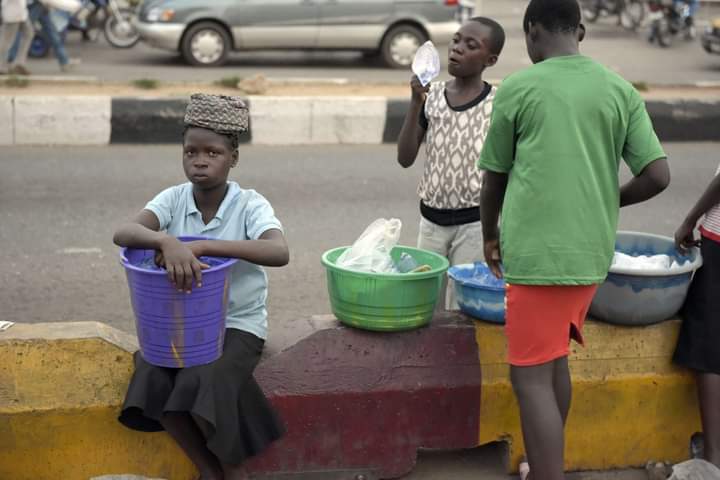 The International labour organization, ILO, on Monday in Akure, Ondo state confirmed that 72.1 million of child labour in the world can be found in states like Niger, Osun and Ondo States, other parts of Nigeria and Africa at large, where COVID-19 pandemic has significantly affected economies and more children are burdened with responsibilities beyond their physical and mental thresholds.

The International Labour Organisation(ILO) has called on media professionals and officials of the National Orientation Agency(NOA) to redouble their support for  the campaign of totally eliminating child labour in Ondo State.

Mrs Vanessa Phala, Director of the ILO Abuja Country Office for Liberia, Sierra Leone, Ghana, Nigeria and Liaison office for ECOWAS made the calls in Akure, the Ondo state capital during a four-day training  workshop for Media/NUJ members and NOA staff in Ondo State on child labour.

Phala, who was represented by Mrs Agata Kolawole, National Program Coordinator of Acceleration Action for the Elimination of Child Labour in Supply Chains in Africa (ACCEL)Africa project said that it had became imperatives for media and NOA joined in fighting child labour in Nigeria.

Vanessa Phala, who canvassed the total elimination of child labour by 2025 opined that the stakeholders must brace up efforts towards securing the child future

Earlier, Federal Controller, Ministry of Labour and Productivity m in ondo state, Mr Folayan Michael submitted that child labour idea was a threat to the future prospect of the nation noting that the year 2025 benchmark for total elimination of child labour must be pursued by all stakeholders.

Commending the organisers of the event, Ondo state Chairman of the Nigeria Union of Journalists, NUJ, Mr Adetona Aderoboye hinted that efforts must be mustered to reverse the bad trends of child labour in ondo state and the nation.

According to Vanessa Phala,  ILO are confronted with the harsh reality that the alarming rate of child labour in the Ondo State may increase if fail to take ownership of this fight immediately.

“Already, 72.1 million of them are found in Africa, where Covid-19 has significantly affected economies and more children are burdened with responsibilities beyond their physical and mental thresholds.

“The impacts of child labour on our collective safety and development cannot be overemphasized.

“Therefore, as custodians of society, it’s our responsibility to secure the future by communicating effectively using a synergy of messaging harmonized into the single ambition the eliminate all forms of child labour in Nigeria by 2025,” she said.

Phala, who said that ILO had engaged with relevant stakeholders and partners in its implementation of child labour said 45 media practitioners and staff of NOA in Ondo State would be trained to reach out to the community with the right information needed to ensure behavioral change.

“Today, we begin a significant interaction designed to deliver our messages consistently across all channels of communication to achieve behaviour change, policy change, improved implementation of laws regarding the protection of children, and standard labour practices in Ondo State.

“At the end of our interaction, we expect accelerated action at the community level and in Ondo state towards the promotion of decent work and elimination of child labour in the Agricultural sector, especially the cocoa supply chain.

“At the core of addressing culture, values, practices and behaviour is ‘reorientation’, which is critical in influencing collective responsibility across the cocoa value chain where child labour is prevalent,” she said.

“It is our collective effort to Achieve SDG 8 Target 7 through the elimination of child labour in the cocoa and ASGM supply chains in Nigeria,” she said.