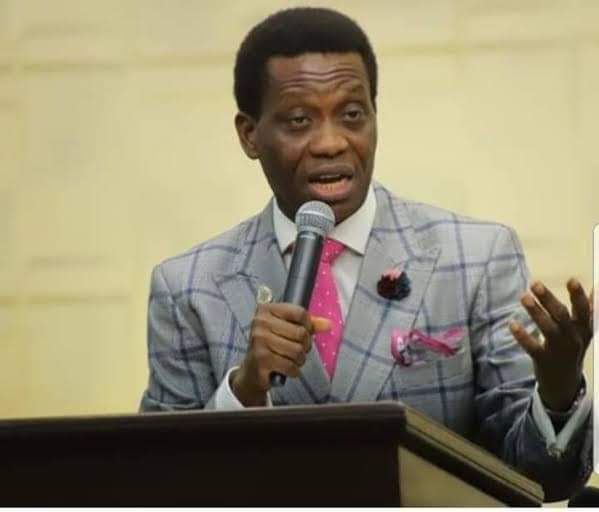 Dare Adeboye, the third son of Pastor Enoch Adejare Adeboye, The General Overseer of the Redeemed Christian Church of God (RCCG) has passed away.

He reportedly died in his sleep on Wednesday, in Eket, Akwa Ibom State.

Pastor D, as he was fondly called was aged 42. He is one of the most influential Youth Pastors in RCCG Worldwide.

Before his death, he was said to have retired to bed and did not wake up.

His wife, Temiloluwa, noticed her husband’s unusual sleeping hours, when she could not reach him on phone, she raised the alarm and he was discovered dead.

“He was not sick and did not complain of anything before the incident” a source said.

Until his death, Pastor Dare Adeboye was the North Central Youth Evangelist overseeing all the youths, RCF, RCCF and PSF in Niger, Benue, Kwara, Kogi, Nasarawa, Plateau, and FCT.

Ondo State Governor, Arakunrin Oluwarotimi Akeredolu, SAN, commiserates with the General-Overseer of the Redeemed Christian Church of God (RCCG) over the death of his son, Pastor Dare Adeboye.

Governor Akeredolu describes the sudden death of the late Dare as tragic and a huge loss to the Christendom, Adeboye’s dynasty and the youths considering the role of the deceased in youth mentorship as an Assistant Pastor in charge of Region (Youth) 35.

“Undoubtedly, if Christ tarries, no one is excused from the tragic end of death. What is most desirable is that we all come of ripe age and live our lives well in the hope that we bury our parents and not the other way round.

“It becomes devastating when a father experiences this kind of loss. This is indeed a big blow to take. Pastor Dare was a promising servant of God. His death in his prime is, to say the least, excruciatingly painful.

“While we condole with our father in Lord, Pastor E.A Adeboye, and the entire family of RCCG worldwide on this irreplaceable loss, we urge Pastor Adeboye to take solace in the words of God: “He gives and takes. He is an unquestionable God.”

Governor Akeredolu says Pastor Adeboye has been a great benefactor of the state through the RCCG’s many interventions, adding that the state will continue to pray for him.

He prays that the good Lord will reward the late Pastor Dare with eternal rest and peace in the bosom of his creator.

PRESIDENT BUHARI COMMISERATES WITH PASTOR ADEBOYE ON DEATH OF SON

President Muhammadu Buhari extends deepest sympathies to the family of Pastor Enoch Adeboye, the General Overseer of the Redeemed Christian Church of God (RCCG), on the passing of his son, Pastor Dare Adeboye.

Also commiserating with members of the RCCG on the demise of the Assistant Pastor in charge of Region (Youth) 35, President Buhari urges them to find comfort in the teachings of the Holy Scriptures that those who have chosen to serve God faithfully will see Him as He is in eternity.

The President prays God Almighty to grant the departed rest in His everlasting kingdom and comfort grieving family, friends and associates.

Femi Adesina
Special Adviser to the President
(Media & Publicity)
May 6, 2021