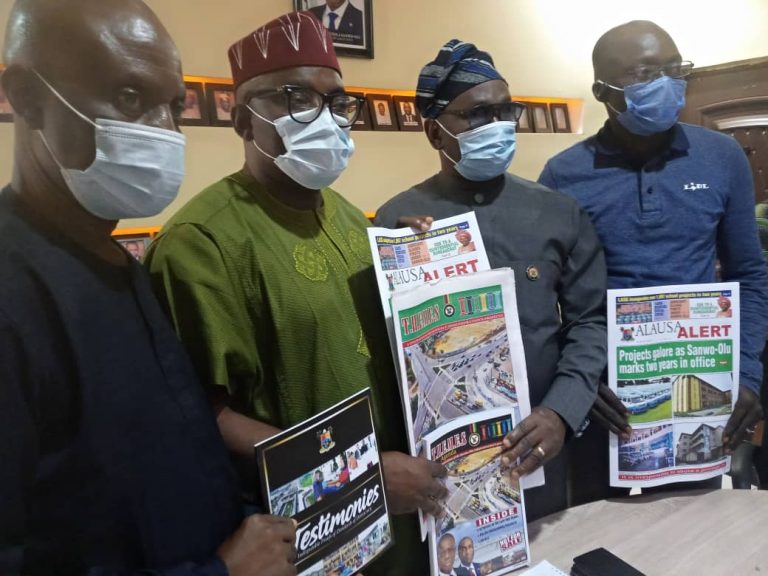 The Media and professionals across the country have been charged not to give voice to those fanning ember of unrest in the country.

They were urged to always promote positive activities and issues that will ensure peace and national development.

The Permanent Secretary, Ministry Of Information and Strategy, Lagos State, Mr. Olusina Thorpe gave the charge while receiving South West Chairmen and Secretaries of NUJ who paid him a courtesy visit in his office in Ikeja.

The chairmen and secretaries are in Lagos for their special meeting.

Thorpe explained that journalists have a major role to play in reshaping the country and sustaining peace among all ethnic groups.

According to him, though Nigeria is not moving at it best pace, many progress and notable achievements have been recorded particularly under the present administration.

Thorpe pleaded with journalists not to give voice to selfish people who are fanning the embers of discord in the country due to what they intend to benefit personally from the ugly project.

He acknowledged the support of NUJ for the Lagos government and also restated the commitment of the government to support the council.

Earlier, the Chairman of Ekiti State NUJ, Mr. Rotimi Ojomoyela who led the NUJ delegation commended the Lagos State government for providing the necessary atmosphere for journalists to operate freely without fear of intimidation.

Ojomoyela also thanked the Lagos government for its support for NUJ ongoing building.