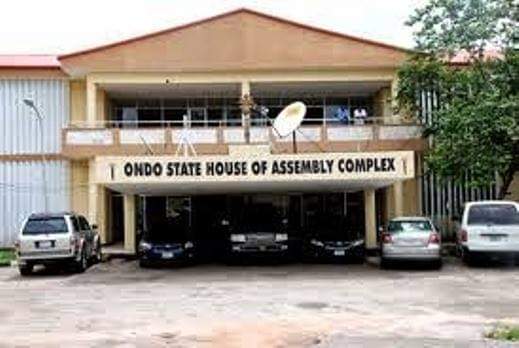 The Speaker of the Ondo State House of Assembly, Rt. Hon. Bamidele Oleyelogun, has allegedly caused a scene yesterday at the Lagos office of the Economic and Financial Crimes Commission (EFCC) as he honoured yet another invitation of the anti-graft agency.

TRACE gathered that he was there and attended to all the processes until he was asked to take pictures with a sign of an arrested suspect which is part of the biometrics process.

The Speaker vehemently declined to pose with the sign and insisted on inviting his lawyers. Although he did the finger prints but rejected the directive to take the picture

This dragged on for hours and he was about to be detained, some of those who accompanied him to the EFCC office started making calls to top government officials to intervene.

However, due to the intervention he was granted bail and returned today friday at 10am to perfect his bail conditions and was later released to return back on a later date in May.

Some members of the Assembly who followed the Speaker to the EFCC office in solidarity included Hon. Ogunmolasuyi Oluwole, Majority Leader, Hon. Ololade Gbegudu and Hon. Abayomi Akinruntan.

The team arrived the Lagos EFCC office at about 10am in a branded ODHA bus. Also with the Speaker at the EFCC office were some management team includeing the Clerk, the Paymaster and some lawyers from State Ministry of Justice.

There are indications that the EFCC may soon charge the Speaker and some lawmakers to court over allegations of financial impropriety.