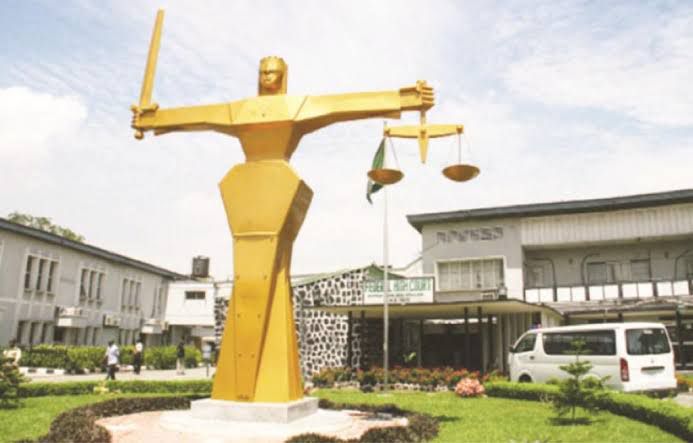 …as stakeholders commend Akeredolu’s directive for his immediate prosecution, say Ondo State may turn to anarchy where anybody can just wake up and announce himself as Oba if the Governor doesn’t curb the situation once and for all.

Following the arraignment of one, Ademola Idowu Oloworibiyi who allegedly installed himself as traditional ruler, Olofun of Ode-Irele, some stakeholders of Ondo State have commended the directive and decision of the Ondo State Governor, Arakunrin Oluwarotimi Akeredolu SAN, to declare Ademola as “Fake monarch” and ordered his arrest and prosecution.

It would be recalled that Irele community in Ilere Local Government, has been experiencing unrest in the last few months over self installation  by Mr. Ademola Idowu Oloworibiyi as Oba in the community.

As this ugly and unconstitutional act was not checkmated immediately, it was again imitated by one Mr. Adeyemi Akinde who also installed himself as Olu of Igodan Lisa.

These illegal and unlawful acts arose the anger of the Governor of Ondo State, Arakunrin Oluwarotimi Akeredolu SAN, and ordered for the arrest and arraignment of the duo by the Attorney-General of the state, Charles Titiloye before an Akure Magistrate Court.

Following the order of the Governor, the Commissioner of Police, Ondo State Command had consequently ordered the arrest of the suspected impersonators in Court for the commencement of criminal trial.

The Chief Magistrate Court sitting in Akure, Ondo State recently issued warrants of arrest and directed the Commissioner of Police to produce in Court two suspects who have been parading themselves as Oba in Irele and Igodan Lisa in the southern part of Ondo state.

ADEMOLA IDOWU OLOWORIBIYI was arraigned on two counts charge for conspiracy under section 516 of the criminal code and unlawful installation as Olofun of Irele and so parading himself by wearing royal regalia without the approval of Ondo State Executive Council contrary to and punishable under section 15(1) of the Chiefs law of Ondo state. He pleaded not guilty and was granted bail by the Magistrate Court.

In the third criminal Trial before the Court, High Chief Ebieliemi Akintola, High Chief Orukan Fadayomi, Igbekele Olajide, High Chief Oloruntusi Mesegan, High Chief Adebayo Olowoboye and High Chief Akinyesi Owoloye were arraigned for conspiring to commit a felony to wit: unlawful installation of Idowu Oloworiyibi as Olofun of Irele and installation of Oba for Irele without the approval of Ondo State Executive Council contrary to and punishable under section 15 (2) of the Chiefs law of Ondo state. They all pleaded not guilty and elected summary trial before the Magistrate Court. The Prosecuting team led by the Attorney General did not oppose their bail and they were granted bail by the trial Court.

The Attorney General of Ondo state and Commissioner for Justice, Hon. (Barr.) Charles Titiloye, over the Irele case informed the Court that the Chieftaincy dispute in respect of Irele is still pending before the Court of Appeal before Ademola Oloworiyibi and others conspired together without the approval of the state Executive Council to install him as the Oba of Irele.

He urged the Court to compel the Defendants and the Chiefs to maintain peace and not take law into their hands pending the determination of the criminal trial.

The trial Court in his ruling directed the Defendants to keep the peace in their communities and refrain from any act that can lead to breakdown of law order in the state.

The Magisterate noted that the Court will seriously view and sanction any step taken that can undermine the peace of Irele and the entire state.

The Magistrate Court thereafter adjourned the cases to 19th and 26th of October, 2022 for further hearing.

They however expressed fear that Ondo State may turn to anarchy where anybody can just wake up and announce himself as Oba if the Governor doesn’t curb the situation and make the perpetrators to face the wrath of law as a matter of urgency.

Mr. Bodunrin Oloworoyeje, one of the stakeholders who spoke with Coastal Renaissance news, berated any individual or group of people or political leaders supporting such unlawful and unconstitutional act of self-imposed and installed Oba, to refrain from it.

“The stakeholders in Irele community were highly embarrassed when the perpetrators came back from court recently and started jubilating that they had won the case, whereas, the court only granted their bails after they had pleaded not guilty of the offence”.

He however warned the perpetrators to stop deceiving the general public and urged the government to curb the situation once and for all.

He finally agitated that government should disqualify anyone and also replace those Chiefs or Kingmakers who had taken law into their hands to install a fake monarch.