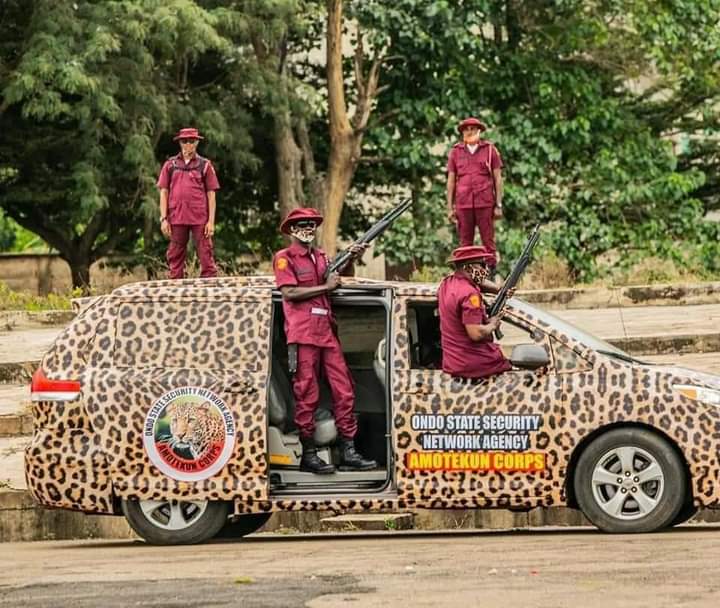 The people were kidnapped by some unknown gunmen along Ifira-Akoko – Idoani road in Ose Local Government Area axis of Ondo state while travelling with other church members from Benue State to Akure in the early hours of Saturday.

It was gathered that the kidnappers at about 1:30am matched the victims into the forest after flagging the moving vehicle down in their bus.

Following the incident, men of the Corps were said to have mobilised to comb the forest and rescued the victims.

Narrating his ordeal one of the victims, Adebisi who was the driver of the bus said “we were coming from a church (Easter) program when we were abducted by eight Fulani looking men that came out from no where.

“This was after the program at about past 1am. They flagged my vehicle down as a truck was in front of us.

“I was able to see them with cutlass but only one of them was with a locally made gun.

“They asked us to start moving in the the bush until men of the Amotekun corps met with us and rescued us from the people.

The Amotekun Corps Commander Ondo state, Chief Adetunji Adeleye, confirmed the rescue of the three victims, explaining that they were rescued by it men, after combing the forest of Ose local Government area of the state.

“Yes we thank God for the the release of the victims even though our men are still on ground combing the bush.

“We responded immediately after the distress call and our men were able to rescue the victims into safety. The safety of life and properties of the good people of Ondo state is most paramount to the Corp.

“As we will continue to ensure safety of the people in the State. We assure the good people of Ondo state that their safety is guaranteed.

“To the criminals we advice them to park and go because there be is no hidden place for them,” Adeleye said.