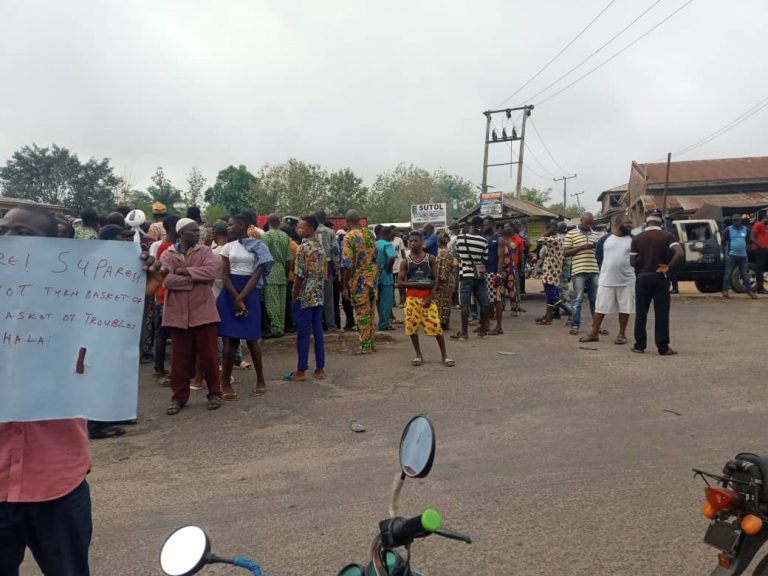 Farmers from Oka and Akungba in Akoko South West whose farm on Supare community land have embarked on peaceful protest to register their displeasure over the draconian demands in the forms asked them to accede to by the Supare community.

Before the crisis emanated, Akoko farmers in the host community had been carried out their farming activities peacefully for decades without any breach of peace whatsoever with Supare community.

However, the decades enduring peace and harmonious relationship between the farmers and host community became shattered when people of the supare community descended heavily on the other Akoko Farmers especially Akungba and Oka Akoko,destroyed their farm lands,property and Chased them away.

Its against this background,that Oka and Akungba Akoko farmers in supare community protested against the injustice melted out to them by the community and use the occasion to call on relevant authorities to wade in into the matter before it’s escalated beyond control.

Part of the demands from supare community before farmers from other Akoko could be allowed to continue with their farming activities includes,the mandatory selling of their farm produces by the affected farmers in the host community Market.

They also mandated to perform their civic responsibilities in the host community including exercising their franchises during elections and population census in Supare.

The affected farmers are also asked to produce two years tenement rate receipts and to obtain approval before any structure can be erected on the host community land among other demands that are considered not favourable to the affected farmers.

Not pleased with the demands, the farmers in their numbers who protested both in Akungba as well as Oka Akoko carried placards with various inscriptions describing such attempt to cow them to accede to their demands as barbaric, obnoxious and draconian in the present civilised society.

Meanwhile, Ondo state government has swung into action to settle the matter peacefully and avert further crisis by setting up a fact-finding committee to inquire into the the immediate and remote causes of the dispute with a view to finding a permanent resolution to the matter.
The composition of the committee is as follow:

The committee is expected to broker immediate and lasting peace in the communities, investigate causes of the dispute, assess the level of attendant damage and make recommendations to the state government on the resolution of the crisis among other things.

Government further directed that the committee commences work immediately and submit its report within two weeks.