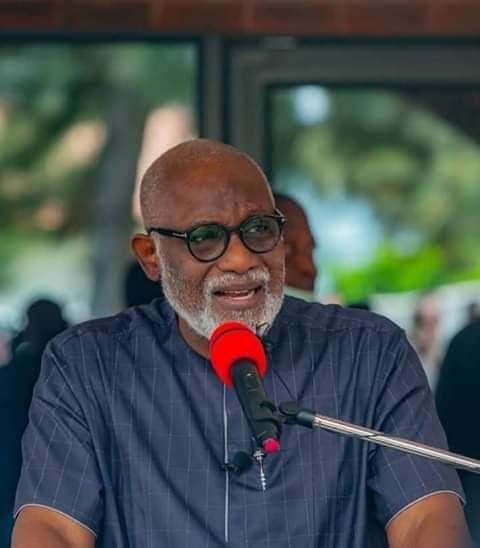 A Chieftain of the People’s Democratic Party, PDP in Ondo state and party’s former spokesman, Mr Zadok Akintoye has rejected the comment of Governor Oluwarotimi Akeredolu who said Ondo state will not be part of proposed secession, tagged: Oduduwa Republic.

In a Socail media post obtained by SUNSHINETRUTH on Tuesday in Akure, Zadok said, “the comment credited to the governor of Ondo state wherein he stated that Ondo would remain in Nigeria is the same as the one made by Sunday Igboho in its’ myopicity.

“Aketi can’t speak for Owo as a whole on this sensitive matter, not to talk of speaking for Ondo state as a whole.

“His (Akeredolu’s) statement of the state remaining in Nigeria is exactly as careless as the one made by Sunday as it is his personal opinion and not a product of a referendum.

“As an elected individual, the governor is appointed by the people of the state and does not have the constitutional power to make such a statement without recourse to the people,” said Zadok Akintoye.

WHY AKEREDOLU IS AGAINST YORUBA’S INTEREST —GROUP

Ilana Omo Oodua, the umbrella body of Yoruba self-determination groups within and beyond the shores of Nigeria on Tuesday stated that the Governor of Ondo State, Rotimi Akeredolu, only spoke for himself and not the good people of Ondo State, adding that he is in league with a tiny neo-classical elites who want the business to continue as usual in Nigeria.

The group led by a renowned Professor of History, Banji Akintoye, made this assertion while responding to the threat issued by the governor that Yoruba people that want self-determination should stay clear of his state.

According to the group, Akeredolu is entitled to his opinion and if he is sure he speaks for the people of Ondo State, he should allow the one million march for Yoruba Nation being planned by over 100 Yoruba self-determination groups to hold peacefully in Ondo State without unleashing the instrumentalities of terror and state-sponsored commercial thugs on the masses of the state that desires an autonomous Yoruba Nation.

In the statement signed by the Homeland Secretary of the group, Basorun Kunle Adesokan and one of its leaders, Otunba Folashade Olukoya, the group said the agitation being spare-headed by the Akintoye led Ilana Omo Oodua on behalf of Yoruba people is not that of a plot for secession as erroneously branded by Akeredolu, but a struggle for self-determination, warning that there is nothing the governor and his “oligarchic allies could do to stop an idea whose time has come.”

The statement reads: “We wish to say very clearly that Akeredolu is entitled to his opinion. He has only spoken for himself. If he is sure he speaks for the classical masses of Ondo State, he should ensure that his army of state- induced terrorists allow us to stage our one million march peacefully in Akure, Ondo State capital to prove whether he spoke for Ondo state people or for himself.

“Akeredolu feeds 100 per cent on the commonwealth of Ondo State people. He is a member of the tiny neo-liberal and neo-classical elites who will never support the wishes and aspiration of the masses. We saw how he grandstands on the terrorists and murderous herdsmen illegally occupying the forest reserves in his state and we saw how he chickened out to the chagrin of all of us who staked our reputation to defend him.

“Akeredolu has now surrendered the farmlands in Ondo State to the government of Fulani herdsmen while masquerading to be participating in National Livestock Programme. We are aware he traded Ondo people off to avoid being sacked from office through the Fulani-dominated Nigerian courts.

“We have made our position known. Our agitation for autonomous Yoruba Nation is legally grounded, intellectually rooted and it shall be executed without shedding of blood.

“Akeredolu cannot sit inside the comfort of his office and claimed to be speaking for the people of Ondo State that he has failed to regularly pay their monthly salary, pension and gratuities.”