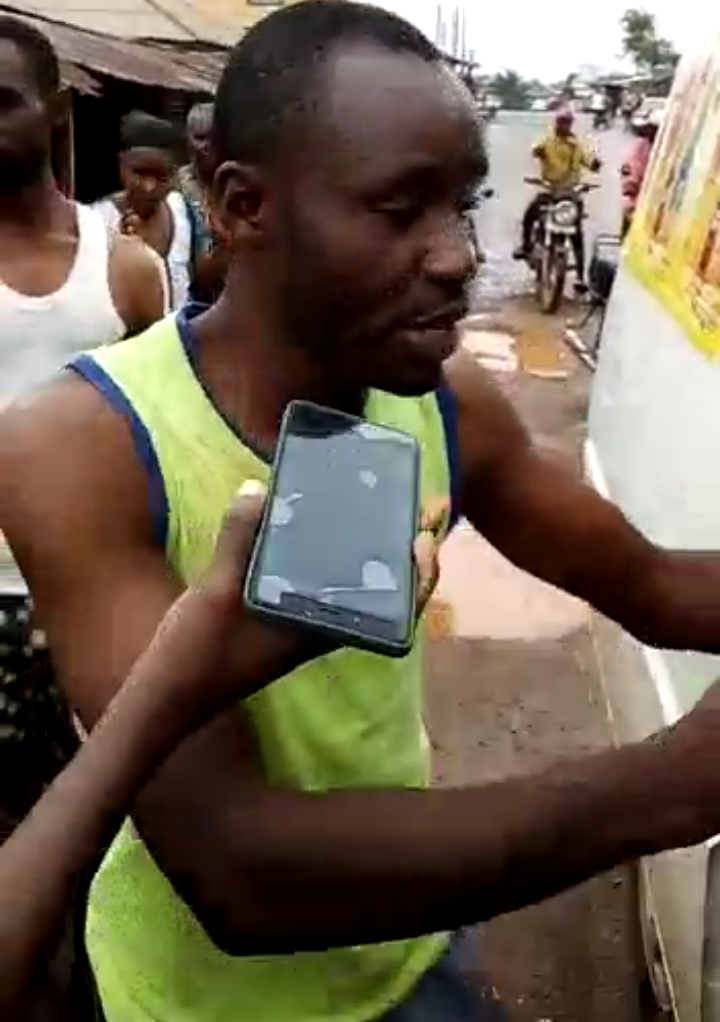 There was a confusion this morning at Bolajoko junction of Oke-Aro, along Idanre road in Akure, the Ondo state capital when some hoodlums blocked a bus loaded with foodstuff and other household materials and carted them away.

According to some eyewitnesses who spoke with SUNSHINETRUTH, the boys who claimed to be enforcing the age long tradition of the annual Aheregbe and Amole festivals holding today, also seized the sales representative’s three year-old daughter and handset after deflating the bus tyres.

The situation was said to have caused confusion among motorists and residents, as they first thought the boys were robbers.

The Sales Rep named Festus said he was taking his daughter to school when they blocked him at Bolajoko junction and empty his bus loaded with his company’s household products, insisting he was not selling today as a mark of respect for the Akure festival that forbids opening of shops, markets, buying & selling.

After two hours, some good spirited people around the area followed the boys and retrieved the ‘kidnapped’ daughter.

When contacted over the incident, the  Deji of Akure spokesman, Mr Michael Adeyeye said the palace was not aware of the incident, promising that proper investigation would be done to unmask the perpetrator for necessary traditional actions.

Adeyeye said the palace did not send anybody to be causing confusion in the capital city, warning hoodlums against hijacking the peaceful festival meant to give traders traditional holidays.

The Palace through the Deji of Akure spokesman Michael Adeyeye had said on wednesday that “it wish to notify the residents of Akure and its environ that all Markets and Shops in Akure will be shut on Thursday 19th August, 2021 and Saturday 4th September, 2021.

“The closure becomes necessary as part of the requirement to observe the age long tradition of the annual Aheregbe and Amole Festival.

“It is important to emphasize that there shall be no trading or opening of shops under any guise on these days.

“Residents, Market Women and shop owners are kindly enjoined to comply with this directive. However, the festival will not in any way restrict both human and vehicular movement,” Adeyeye said.