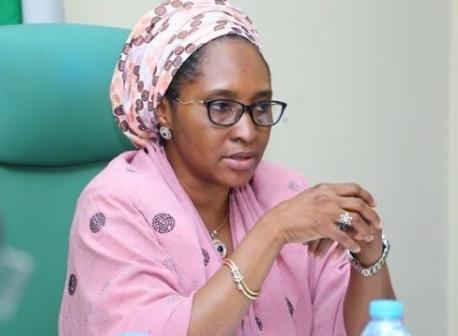 The Nigeria Labour Congress (NLC) has opposed moves by the Federal Government to cut salaries of civil servants as well as the number of federal agencies.

Minister of Finance, Budget and National Planning, Zainab Ahmed, had said the FG was working to reduce the high cost of governance by cutting the salaries of civil servants as well as the number of federal agencies.

She directed the National Salaries, Incomes and Wages Commission (NSIWC) to immediately review the salaries of civil servants as well as the number of federal agencies in the country.

But in a statement by President of the NLC, Comrade Ayuba Wabba, the Congress stated it was most unthinkable that government would be contemplating to unilaterally slash the salaries of Nigerian workers at this time.

Labour argued that multiple devaluation of the naira in a very short time and the prevailing high inflation rate in Nigeria have knocked out the salaries earned by Nigerian workers across board.

“The question to ask is “which salary is government planning to slash?” It certainly cannot be the meagre national minimum wage of N30000 which right now cannot even buy a bag of rice!

“The proposed slash in salaries is certainly not targeted at the minimum wage and consequential adjustment in salaries that some callous State Governors are still dragging their feet to pay!

“It is public knowledge that the multiple devaluation of the Naira in a very short time and the prevailing high inflation rate in Nigeria has knocked out the salaries earned by Nigerian workers across board.

According to Labour, the call for salary slash by the Minister is tantamount to a “mass suicide” wish for Nigerian workers.

“It is most uncharitable, most insensitive, most dehumanising and most barbaric. Nigerian workers demand an immediate retraction and apology by the Minister of Finance,” the statement said.

Contrary to reports by some media, the federal government is not thinking of cutting wages, rather mulling salary harmonisation.

This is against the backdrop of the fact that there are some government agencies paying much higher than others, for staff on the same grade level.

Therefore, the government, according to Mrs. Zainab Ahmed, Honourable Minister of Finance, Budget and National Planning, is seeking more of pay parity.

She disclosed at the ongoing ‘National Policy Dialogue on Corruption and Cost of Governance in Nigeria’ organised by the Independent Corrupt Practice Commission (ICPC) in Abuja on Tuesday that the President had directed the salaries committee to review payroll and also review the number of agencies.

“What government hopes to achieve is to redistribute wages equally across board. Let us bring our salary structure within government agencies as close or as equitable and fair.

“what we seek to achieve is to create fairness and equity and to reduce cost” With this readjustment, when finally done, workers in the public service will earn a fair and equitable wages,” she said.

“We still see government expenditure increase to a terrain twice higher than our revenue,” Ahmed said.
The government had approved a N13.88trillion budget with a deficit of over N5.6trillion, and projected a revenue of N7.98trillion to fund part of the 2021 budget.

The Honourable Minister urged that all agencies must come together to trim their costs, given Nigeria’s dwindling revenue. According to her, the government would also remove some unnecessary items from the budget as a move to cut the cost of governance in the country.

She said, “We need to work together, all agencies of the government to cut down our cost. We need to cut down unnecessary expenditures.

Expenditures that we can do without. Our budgets are filled year in year out with projects that we see over and over again, and also projects that are not necessary.

“President Muhammadu Buhari has directed that the salaries committee, which I chair, work together with the head of service (HOS) and other members of the committee to review the government pay rolls considering stepping down on cost.”

The Chairman of ICPC, Mr. Bolaji Owasanoye, noted during the stakeholders meeting, that the cost of governance is the “driver of corruption in Nigeria.”

He said that the government had committed to improving the country’s revenue from new and existing sources.

Owasanoye said that the government’s commitment to streamline payroll, removal of subsidies and reduction of the cost of contracts and procurement are all for the benefits of the poor and vulnerable.

He also said that a critical area of concern was he called ‘payroll padding’ and the ‘phenomenon of ghost workers.’

The ICPC boss lamented the duplication of projects such as the constituency projects of lawmakers, and noted that funding for such projects was usually released without any mechanism for monitoring and evaluation and reconciliation of the funding.

He then cited a project executed by the Redeemed Christian Church of God which was inadvertently diverted as an executive project.

To the Honourable Minister of Finance, Budget and National Planning