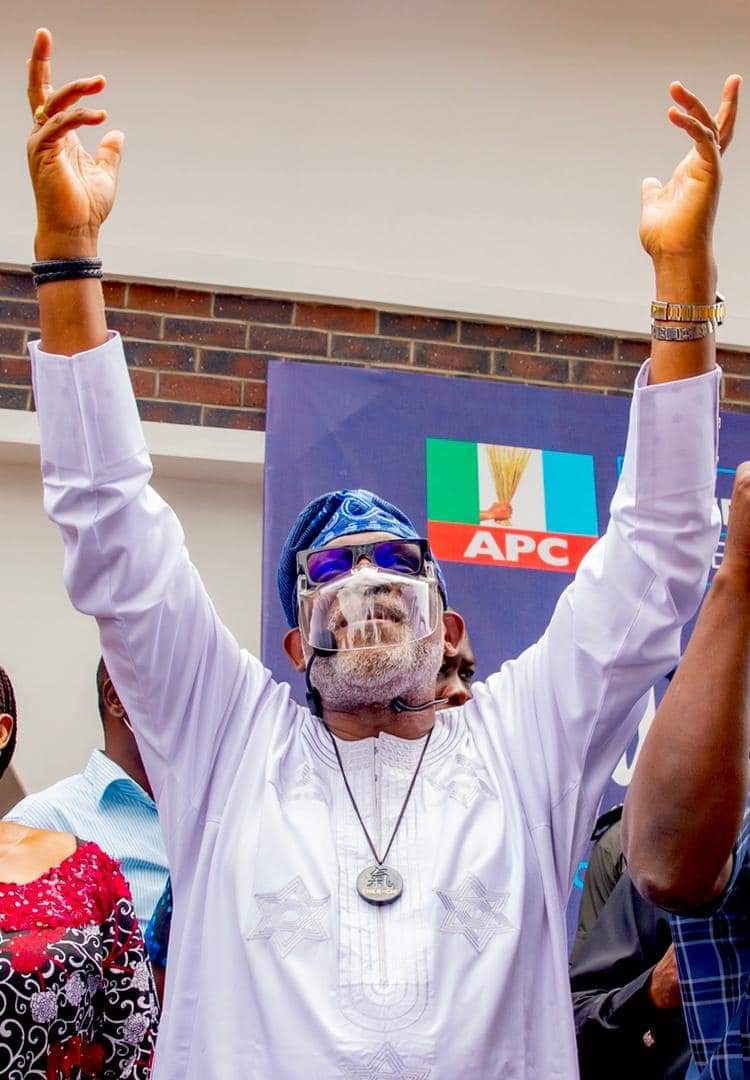 Governor Oluwarotimi Akeredolu,SAN, of the APC has survived another legal scare over his electoral victory in the October 10, 2020 governorship election in Ondo state.

To this end, a Federal High Court, sitting in Akure, the Ondo State Capital, on Tuesday dismissed a suit filed by Seven political parties against the victory of Governor Oluwarotimi Akeredolu,SAN, in the October 10, 2020 governorship election.

Seven Political Parties including; Rebuild Nigeria Party, All Grassroot Alliance, Alliance of Social Democrats, Unity Party of Nigeria, People’s Party of Nigeria, Mass Action Joint Alliance and the Restoration Party of Nigeria had approach the court on the ground that they were excluded by the Independent National Electoral Commission (INEC) from participating in the October 10, 2020 governorship election.

In a virtual judgement delivered by Hon. Justice Dogo Abdul, the court upheld the preliminary objection filed by the 3rd defendant that the suit is stature barred.

It held that the plaintiffs filed the suits in contravention of section 285(9) of the 1999 constitution which stipulates that every pre-election matter shall be filed not later than 14 days from the date of the occurrence of the event, decision or action complained of, in the suit.

Joined in the suit were the Attorney-General of the Federation, INEC and Governor Oluwarotimi Akeredolu,SAN.