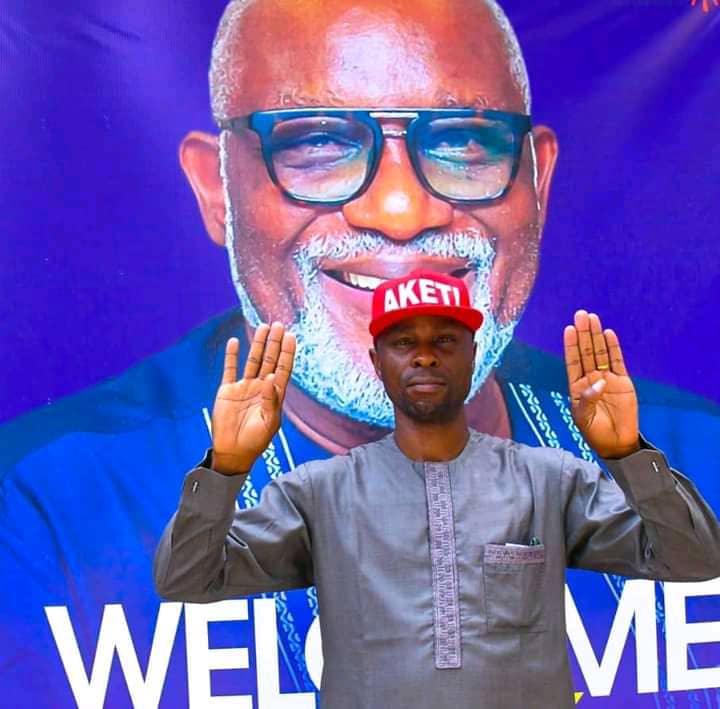 The Special Adviser to the Ondo State Governor on Rural and Community Development, Honourable Kolawole Babatunde, has congratulated the state Governor, Arakunrin Oluwarotimi Akeredolu on his Governor of the Year award by the reputable Vanguard Newspaper.

Akeredolu will be conferred with the award on Saturday, 17th July, 2021 at Eko Hotel in Lagos State.

In a statement he personally signed on Wednesday and made available to newsmen, Kolawole said the Governor meritoriously deserved the award considering his achievement in the area of infrastructure, education, health, investment and other sectors in the state.

The statement reads, “It is heartwarming that your giant strides in the area of infrastructural development in Ondo State are gaining both local and global recognition. In the face of dwindling revenue, you have continued to showcase prudence in the management of available scarce resources.Your hard work has continued to pay off.

“Sir, I salute your unwavering commitment to the core values of excellence, integrity, probity and selfless service in piloting the affairs of the State in the last four years and five months.

“You have shown uncommon courage and determination in ensuring the safety of lives and property of the people of Ondo State amidst the rising waves of banditry, kidnapping and other criminalities in the country.

“As the Chairman of South West Governors’ Forum you championed the creation of Amotekun Corps, Regional Security Outfit, make Ondo State and, indeed, the entire South West Region a safer place for us all.

“Sir, I am so pleased to see you accomplishing the various milestone achievements in all the major sectors of Ondo State.

“While wishing you continued success in all you seek to achieve, please, accept my heartiest congratulations on being conferred with such a prestigious award.”