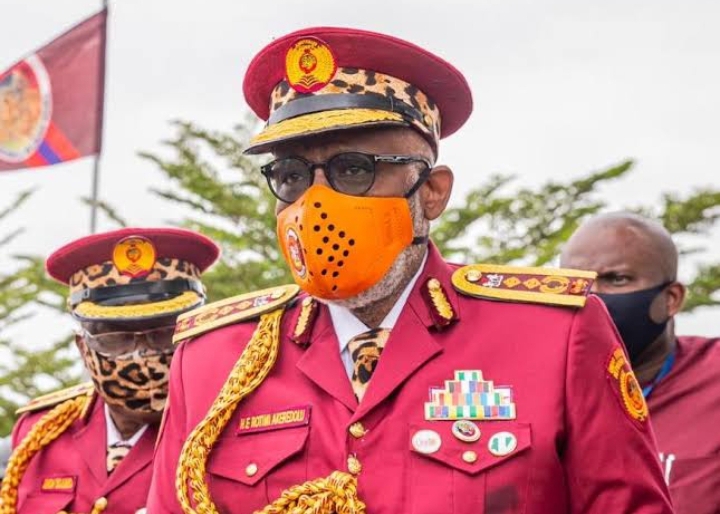 ….. Testament to the fulfilment of the constitutional oath, Schedule VII, 1999 constitution as amended —Engr. Bally

The CEO of Arvo Finance and APC stalwart in Ondo State, Engr. Ayotunde Bally has congratulated the people’s Governor, Arakunrin Oluwarotimi Odunayo Akeredolu, SAN, CON, as Mr Governor named ” Governor Of The Year On Security Matters”. The award was conferred on Mr Governor recently by a foremost pro-democracy and human rights organization, Campaign for Democracy (CD), at an event held at the Governor’s Office, Alagbaka Akure.

Engr. Ayotunde Bally in his congratulatory message extolled Gov. Akeredolu’s unrelenting Executive efforts in ensuring that the lives and property of his citizens are well secured against the nefarious activities of the organized crime syndicates, who are threatening the peaceful environment of the country through their dastardly acts.

In his words, “Mr Governor, I sincerely congratulate you on this another feat, as the Governor Of The Year On Security Matter, and this is a testament to your immeasurable efforts in securing your people, both within and outside the state against the attacks of the criminal elements, who are enemies of the state. Let me say this unequivocally Mr Governor, it is irrefutable that your unsilenced voice on the need to place primacy on the security of lives and property of our people has distinguished you among your fellow Governers as an exceptional Cheif Executive, especially in the areas of security and welfare as enshrined in section 14 (2) (b), of the Nigerian 1999 Constitution as amended, which is highly conspicuous.” – Engr. Bally said

Mr Governor, you have again etched your name in the history book of this country, over your advocacy on effective and efficient police formation architecture, to adequately protect Nigerians in fulfilment of the primary responsibility of Government at all levels.

Arakunrin, I join millions of your inamoratos to salute your heroism and boldness in the fight for the security of your people, and your giant strides in ensuring our communities are safe from unscrupulous elements, and this has made the Sunshine State and our region comfortable spheres for infrastructural and economic development.

Congratulations, Mr Talk And Do Governor!