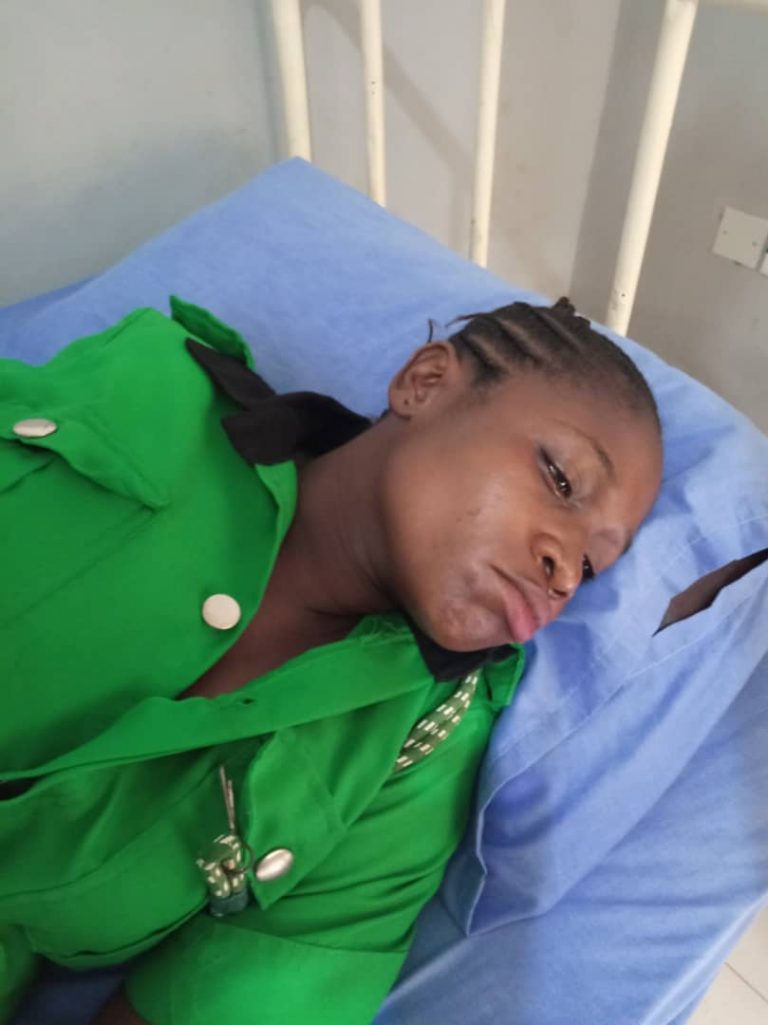 Adeola Egbedi, an environmental security guard with the Ondo state waste management board has recounted her experience as she said she slumped after being slapped by the senior special assistant to Governor Oluwarotimi Akeredolu, Dr Doyin Odebowale on Thursday.

Egebdi, a pregnant woman, while narrating her ordeal with BBC Yoruba on Friday morning confirmed the incident took place at the Oja Oba market in Akure, the state capital.

The woman and her husband who spoke with the news outlet however called for justice to be served.

“I am an environmental security guard and our duty is to ensure the market women comply with the directive on the circular in the cleaning of the market every Thursday. But I was tired on that day because I was pregnant.

“When the SSA and his entourage were coming, those of us seated were told to stand up. I then stood up but decided to take my Chair and placed under a kiosk at the market.

“Then I heard him said I should drop the Chair and before I could turn my back, I received a heavy slap on the face. Immediately I had a blurred vision and could not see again, Egbedi said.

Adeola added that she has been in the hospital since the incident because she is no longer in good health and that she is preparing to undergo further tests.

On his part, the woman’s husband, Egbebi Ayorinde, said he was “deeply saddened” to learn that his wife, was slapped by the SSA to the Ondo State governor.

He said he had reported the matter to the Ondo State ministry of women affairs and the police station, to address the issue.

According to him, the injustice is beyond him and his family and he wants Nigerians to intervene so that his wife can get justice.

When contacted by BBC Yoruba, the Ondo State Police spokesman, Tee-Leo Ikoro said the force headquarters is yet to receive official complaint.

He said investigation into the incident would commenced, but noted that the action to be taken will depend on the matter brought before it and not rumours.