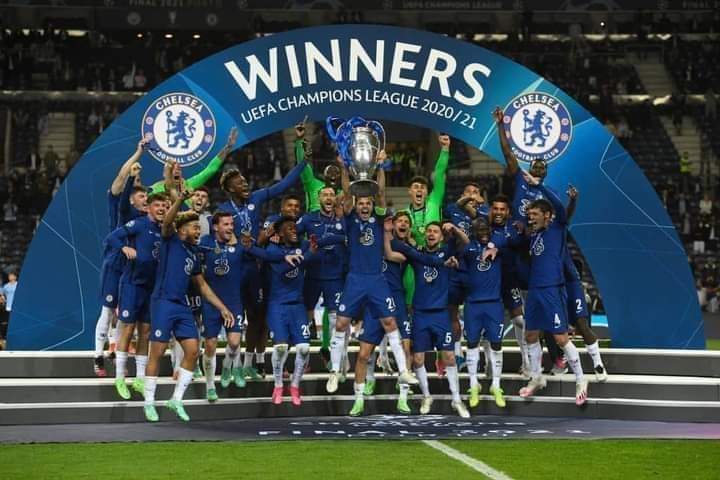 How Chelsea were crowned Kings of Europe again

Kai Havertz scores the only goal of the final as Chelsea beat Manchester City 1-0 to win the Champions League.

Chelsea’s Thomas Tuchel became just the second manager to record three consecutive wins in all competitions against Pep Guardiola (excl. Barcelona B), after fellow German Jurgen Klopp did so in 2018 with Liverpool.

Pep said, “It’s an exceptional season we’ve had. It’s an honour to be here. In the second half we were brilliant and brave. But they defend so strong and are so fast on the counter-attack. We will come back maybe one day again. I did what was best for the team [on selection].

“He [Kevin de Bruyne] was injured but this happens. In these kind of games, we need everyone. The ambition now is to the rest, and then game by game we will come back and hopefully return to this stage in the future.”

MOUNT: I THANK MY FAMILY FOR EVERYTHING

“I can’t put it into words. It’s impossible. I just mentioned then that I’ve played in two finals for Chelsea and we lost them both. The way that hurt… It’s all I’ve dreamt winning a trophy with Chelsea. To go all the way in the Champions League. We played some tough teams. We are in a final and we won it. It’s such a special occasion. At this moment in time, we’re the best team in the world. You can’t take that away from us!

“What a team Man City are. You have seen what they did in the Premier League. It was such a tough game. We got a goal and defended the whole game. We left everything on the line and we won. What can I say? Loads of staff that have come through… It is unbelievable. My dad has just come down from the stands. I burst into tears seeing him. I thank my family for everything.

“To be at this moment now going into the Euros… Some of the boys from City will be meeting up with us and I know that will be hard. I spoke to them, they deserved to be here. It’s tough for them but hopefully next season we’ll be pushing for the Premier League as well.”

NO FAIRYTALE END FOR AGUERO

Sergio Aguero stood alone in tears as Chelsea continued their celebrations to his left with their supporters.

Manchester City representatives tried to console him but it was a pointless exercise.

This was his 390th and final City appearance, but he was unable to bow out in style and unable to affect the game having come off the bench.

‘WE WANTED TO BE THE STONE IN THEIR SHOE’

“To share it with everybody is incredible. We made it. Wow. I don’t know what to feel.

“I was so grateful to arrive a second time [in the final]. I felt different. We were somehow… You could feel it getting closer.

“The [players] were determined to win this. We wanted to be a stone in their shoe. We encouraged everybody to step up and step out, to be more brave and create dangerous counter-attacks.”