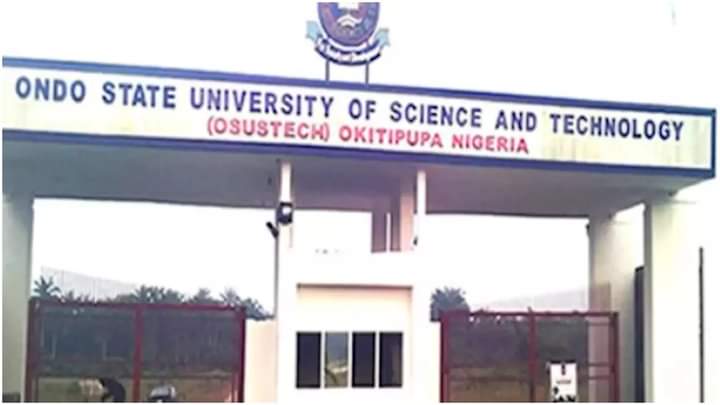 “How OSOPADEC, NDDC can stop Raping of female Students at Ondo Varsity”

Amid the recent development around the Ayeka-Igodan Okitipupa axis, in which cases of theft, rape, intimidation are reportedly increasing around the named community, the Students of Olusegun Agagu University of Science and Technology, Okitipupa have repeatedly become the victim of these hostile and inimical happenings since the majority of the students live off-campus because the school is been deprived of a housing system.

SUNSHINETRUTH understands Over the years, the Niger Delta Development Commission [NDDC] and Ondo State Oil Producing Areas Development Commission [OSOPADEC] started a project work on campus which was to erect an architectural structure for the students which will serve as a housing system, but the projects were abandoned and they had since become white elephant projects.

Worried by the ugly development, the President of Students’ Union Government (SUG) of Olusegun Agagu University of Science and Technology (OAUSTECH) Okitipupa, Ondo State,  Comrade Damilola Okunomo has therefore called for proper housing system in the institution and completion of the hostels to put an end to the intimidation of students living in off campus.

In a statement he personaly signed,  Damilola appealed to the commissions to embark on the completion of the school hostel.

“It is with penchant humility, great enthusiasm and bleeding pen we bring greetings from the ever sagacious student’s Union Government of this great citadel.

“We realize that to put a stop to the intimidation of students off-campus there is a need for a proper housing system on campus.

“Oppression from indigenes can only occur outside the horizons of the school jurisdiction, the safety of any student can be assured as he is within the arm of the school walls.

“The Student Union Government hereby call on the authority in charge to action, as we seek a positive response by having them embarking on the completion of the school hostel. Students off-campus can’t avoid exorbitant fees to secure accommodation yet, their safety is in jeopardy.

“We call out to able Individuals of the society, cooperate bodies, public sectors, private parastatal and Governmental bodies including the Federal Government to intervene and help in building the school housing facilities on campus,” Damilola said.