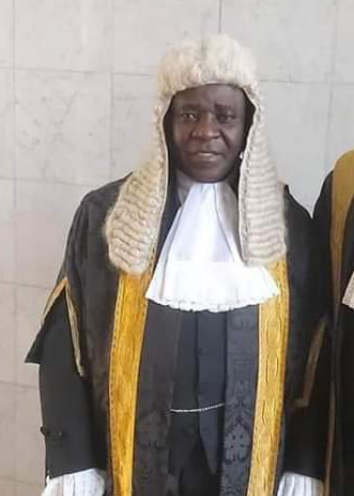 As the 2023 general election is only few months away, the three senatorial districts of Ondo State are frantically making efforts to present their best in a bid to outdo each other as far development is concerned. The stake of representation in Ondo Central Senatorial District has become very high and most competitive that only the best prepared should be allowed to represent the electorates.

It is often said that things do not just happen except people make them happen. It is equally a fact that Ondo Central Senatorial District has over the years not been having the best feel of legislative intervention and representation at the senate.

The seeming back stage position of Ondo Central in the senate is expected to give a cause for worry and also serve as a call to action. This is to say that things can be a lot better for the electorates of Ondo Central if the best person is elected to represent the people

One patriotic son of the Sunshine State State, who is totally unhappy with the poor representation of Central Senatorial District is Ifedayo Adedipe, SAN. The Akure born Senior Advocate of Nigeria has consistently made it known that the good people of Ondo Central Senatorial District deserve to be better represented at the senate by their very best and not a mediocre.

Adedipe made it clearly known that he was motivated to contest the Ondo Central Senatorial District election because of his firm belief that more could be achieved if a right and capable person represent the his people at the senate. He also explained that his desire to represent the good people of Ondo Central Senatorial District was not in any way informed by financial gain or personal glorification. Nonetheless, he asserted that his interest has been kindled by commitment and passion to ensure a positive change in the narrative of Ondo Central politics More so, Ifedayo regretted that the people of Ondo Central and Nigerians at large have absolutely nothing to show as their collective gains in the current democratic political dispensation.

“Lawmaking is for serious minded people, ones with vision and a clear sense of purpose, and not just figure heads who have no idea on what proper representation and leadership is. We have a current senate who does whatever the President wants, it is high time we say no to this obnoxious trend which is counterproductive and purely undemocratic”

The Peoples Democratic Party chieftain (PDP) is also of the belief that Ondo Central Senatorial District is truly in need of fresh breathe of quality representation at the senate. He equally shares the sentiment that Ondo State in particular and Nigeria at large need to push forward their best brains for electoral positions. He described
pushing forward and electing the best brain as the easiest way through which Ondo State and Nigerian nation can attain sustainable development.

The silk equally opined during a media parley in Akure that Nigeria and indeed Ondo Central Senatorial District have not been able to take maximum advantage of good governance due to the fact that the political spaces are occupied by mediocre with less intellectual wit and leadership skills. He likewise lamented that the nation’s resources have been left unharnessed for the betterment of the electorates.

The senior legal practitioner likewise assured that he stand a good chance in the primary and general elections. He was nonetheless upbeat that the loss of his party, PDP in the recently conducted Akure North/South Federal Constituency Bye-Election would not affect the party’s chances in the general election. He added that his party lost the bye election to the APC due to inability of the party to fully resolve their differences which was as a result of the primary elections outcome.

Ifedayo Adedayo equally noted that despite the fact that he has all it take to win the Ondo Central Senatorial District contest; he still advised that the needful should be done by his party leaders. He therefore suggested that one of the ways through which PDP can return to the winning ways in Ondo State is for the leaders to set up a platform for proper reconciliation amongst dissatisfied members of the party.

The Senior Advocate of Nigeria likewise canvassed that the legislative duty of Ondo Central should be yielded to a far more experienced and a lot more competent person. He further lamented that the best of past and present occupiers of the seat have never been good enough to attract the needed development and democratic dividends to Ondo Central Senatorial d
District.

He equally noted that Nigerians and people of Ondo central inclusive have in the last decades been denied the gains and benefits of a democratic system due to the fact that senators have failed to throw up people oriented policies for the purpose of advancing national development.

Adedipe rightly lamented the disturbing economic, political and security realities in Nigeria. He underscored the fact that many youths have taken up menial jobs in spite of their brilliant credentials and qualifications. He added that a lot of women have also taken to acts that are unbecoming because the government has simply failed to do the needful.

Ifedayo Adedipe SAN, is a man
that has apparently seen it all and he is very much prepared to better the lives of the people of Ondo Central with his influence and wealth of experience. The silk is far from being a green horn in Ondo State politics and he is more than willing to give his all to make a clear difference and improvement in the legislative terrain of Ondo Central Senatorial District.