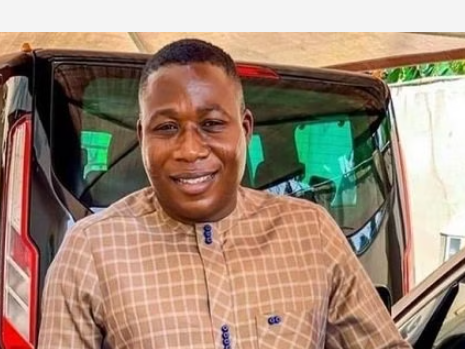 The Apex Yoruba socio-political organisation, Afenifere, has described the attack on the Ibadan residence of Yoruba Nation agitator Chief Sunday Adeyemo (aka Sunday Igboho) as an indicator of Nigeria’s return to the dark days of government oppression of voice of opposition.

The organisation, in a statement by its Acting Leader Chief Ayo Adebanjo and National Publicity Secretary Mr Jare Ajayi, accused government forces of being behind the attack.

This, it said, was because the attackers bore insignia of the Nigerian Army and the Department of State Security (DSS).

The statement reads in part: “The news of fatal attack on the residence of Mr. Sunday Adeyemo popularly known as Sunday Igboho in the early hours of Thursday, July 1, 2021 is a sad indicator that we are fast returning to the era of late Sani Abacha when anyone who expressed opinions contrary to government’s position would be fatally attacked.

“Nigerians woke up this morning to the unsavoury news of an attack on the residence of the Yoruba activist, Igboho, in Soka area of Ibadan by armed men reportedly in army and DSS uniforms. DSS is the Directorate of State Security Services, one of the federal government’s security agencies.

“Reports have it that the invaders came in 15 vehicles with army identity while some of the men wore DSS uniforms.

“It was also reported that at least seven people were killed while yet unidentified number, including the wife of Sunday Igboho, were abducted and taken away by the invaders. They also destroyed properties running into several millions.

“The attack came less than 72 hours to the plan by Igboho and others to hold a rally in Lagos to further canvass for a Yoruba nation this week Saturday.

“The manner of attack indicated culpability on the part of those in authority.

“We are forced into this deduction for a number of reasons. Firstly, eye witness accounts indicated that vehicles and uniforms of the attackers were that of the security agencies.

“Secondly, the failure of security agencies to confront the attackers further implicated the government.

”It was reported that the attack lasted for more than three hours. Igboho’s residence is in a highly populated area within minutes’ reach to surrounding police stations.

“That no rescue team came from any of the police units including the DSS office in Ibadan for the several hours that the attack lasted makes it difficult not to believe that the government is complicit in the attack”.

Afenifere regretted the incident was a sad reminder of what Nigerians went through under the inglorious regime of late General Sani Abacha.

The pan-Yoruba organisation said it was forced to make this deduction because Sunday Igboho is known to be in the forefront of agitations to have a Yoruba nation.

“What is wrong in canvassing for self-determination so long as such agitation is devoid of violence?

“The Constitution the country is running guarantees the right of every Nigerian to express opinion and even carry out rallies as long as such are done without violence.

“To the best of our knowledge, none of the rallies that Sunday Igboho has led in his campaign for a Yoruba nation could be said to be violent nor was he implicated in illegal activities.

The Aare Ona Kakanfo of Yorubaland, Gani Adams frowned at the attack, saying it was a show of death and destruction.

He warned that killing Igboho could lead to another bloodbath and war akin to the Boko Haram insurgency in the Northeast.

Adams said: “The attack on Sunday Igboho’s house is most unfortunate. It is a reflection of the fact that our lives as Nigerians are of no value to the government. And the truth is that nobody is safe in this country.

Fani-Kayode was reacting to attack on Igboho‘s house in Ibadan by the Department of State Services, DSS, on Thursday.

He Igboho is the living manifestation of Oduduwa himself and that he speaks the mind of over 70 million Yoruba people throughout the world.

According to him, whoever is trying to kill him is making a big mistake and is pulling the tail of a wild lion and poking the eye of a sleeping giant.

“For the sake of Nigerian peace and unity and in the name of God, I call on the Federal Government and President Muhammadu Buhari himself to leave Sunday and his group alone and to tread the path of peaceful coexistence, mutual respect and understanding.

“That is the only way to avoid a major conflict which may eventually degenerate into a civil war. Sunday comes in peace and the entire leadership of the South West can guarantee this.

“It serves only the purpose of the jingoists and the war mongers on both sides of the divide to kill or arrest him. If he is wanted by the security agents all they need to do is to invite him.

“They do not need to raid his home in the middle of the night, kill his people, steal his things, terrorise his supporters and attempt to kill him,” he said.

Fani-Kayode added that “they do not need to invoke the wrath of the Yoruba nation and attempt to manage the consequences of such a reckless and unpredictable course.

“Whether we are separatists or integrationists, Nigeria is dear to us all. Let her not be turned into a theater of war by manipulative foreign forces and diabolical interest groups that seek to utterly destroy and decimate each and every one of us regardless of tribe or faith. May God guide us and may He preserve the peace of our nation.”