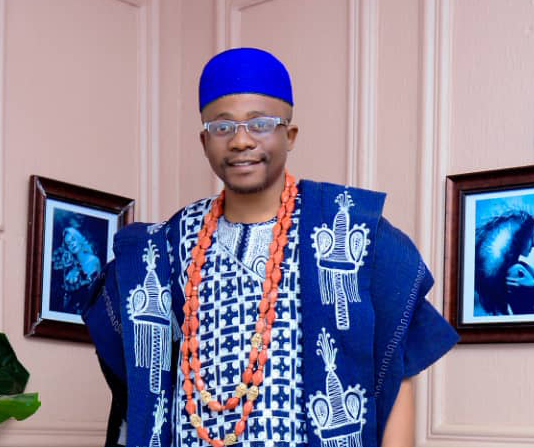 The attention of the Palace of the Deji have been drawn to a rumor flying around in respect of the rightful occupant of the Ilado-Elemo Chieftaincy tittle.
We would have loved to ignore this rattling but for the sake of clarity and to avoid attempts by some disgruntled few whose stock in trade is to peddle falsehoods and mislead the public.

It is important to emphasize that CHIEF MEKAISI FOLAHAN AKINREMI remains the Olu of Ilado-Elemo and there is no contention anywhere as regards his status.

However, the palace have been reliably informed of the activities of one Mr. ROTIMI TOMINIYI who had been misinforming the public and illegal parading himself as the Olu of Ilado-Elemo to extort the unsuspecting public.

It is important to re-emphasize that the power to appoint minor Chiefs, Olus, Baales and Olojas remains the prerogative of His Imperial Majesty, the Deji of Akure and he had lawfully exercise this when he installed CHIEF MEKAISI FOLAHAN AKINREMI as the Olu of Ilado-Elemo in March, 2020

However, various court pronouncements have affirmed the Deji of Akure as the consenting authority. In one of the judgment delivered by Justice W.A Akintoroye, the learned trial Judge held that “From the foregoing, it is clearly stated by the Ondo State Government that the 1st Defendant (i.e. the Deji of Akure) has been designated as the consenting authority over the Akure North Local Government Area, based on traditional and historical background that the affected towns, villages and communities were traditionally part of Akure land until it was bifurcated.

The Court had also held that the powers of the Deji to exercise this right subsist not minding the bifurcation of the old Akure Local Government.
We urge the security agencies to quickly apprehend the impostor, Mr. Rotimi Tominiyi whose sole aim is to cause unnecessary uproar and foment troubles within the peaceful Ilado –Elemo Community.
We equally urged the public to disregard the wicked lies and rumour as CHIEF MEKAISI FOLAHAN AKINREMI remains the Olu of the community.