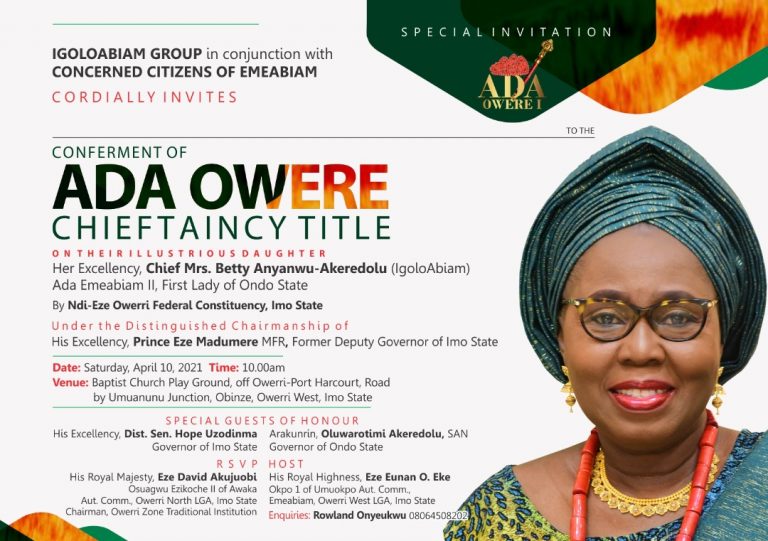 The Installation Ceremony of the Wife of the Governor of Ondo State, Arabinrin Betty Anyanwu Akeredolu as the Ada Owere has been postponed till further notice.

This is due to the high level of insecurity in Owerri, Imo State Capital following the Prison break that occurred in the early hour of Easter Monday.

Governor Akeredolu in a short message circulated by his Chief Press Secretary, Richard Olatunde apologised for the inconveniences the postponement might have caused.

The message reads: “Due to the high level of insecurity in Owerri, Imo State Betty’s installation ceremony as ADA OWERE has been postponed till further notice. Apologies for the inconveniences this might cause you and thanks for your understanding.”

The Chieftaincy title was to be conferred on the First Lady on 10th April 2021 under the chairmanship of the former Deputy Governor of Imo State, Prince Eze Madumere MFR.

The conferment of the Chieftaincy title is in recognition of the laudable contributions and significant strides of the First Lady in her home town and across the country, particularly, her numerous service to humanity and the womenfolk.