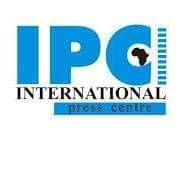 The International Press Centre (IPC), Lagos-Nigeria today released the report of the one-month survey of coverage of health issues by four Nigerian newspapers – The Punch, Daily Sun, Vanguard and Premium Times for the month of December 2020.

The newspapers were randomly selected for the survey in order to have baseline information on the state of media reporting of health issues ahead of the training of 45 Nigerian journalists on accountability and impactful reporting of the health sector from this month.

“It is good that the concerned newspapers gave robust coverage to health issues particularly the Covid-19 pandemic but there were noticeable gaps in such areas as prominence, sources and ”, said Mr. Lanre Arogundade, Executive Director of IPC.

In terms of prominence, majority of the reports were published on the Inside Page (79%) followed by the Front Page (7.3%) and editorial page ( 3.7%).

“The fact that Covid-19 was the most covered issue during the period probably explain why majority of the reports were derived from events, press releases and press conferences, but what we want to see is more investigative efforts in the reporting of accountability issues in health care service delivery”, Mr. Arogundade explained.

According to him, the outcome of the monitoring will now be factored into the capacity building program planned for print, broadcast and Online journalists in the South-south, South-west and South-east geo-political zones of the country.

“It is worth reiterating that the baseline survey and the planned trainings are part of the 6-month ‘Media in Health Care Accountability Project (MeHCAP) being implemented by IPC with the support of the US Consulate General in Lagos”, Mr. Arogundade added.

According to him, this is within the context of a strategic initiative of building and rebuilding the capacity of the media to serve as effective catalysts of fundamental health care reforms following the weaknesses in the system exposed by the COVID-19 pandemic.

“All we seek to do is to encourage investigative and community-driven health reporting initiatives to ensure the emergence of functional hospitals and other health care facilities which can only happen if we have the next generation of investigative health journalists whose reporting would be data, fact and solution-driven”.

The full report of the monitoring is attached.