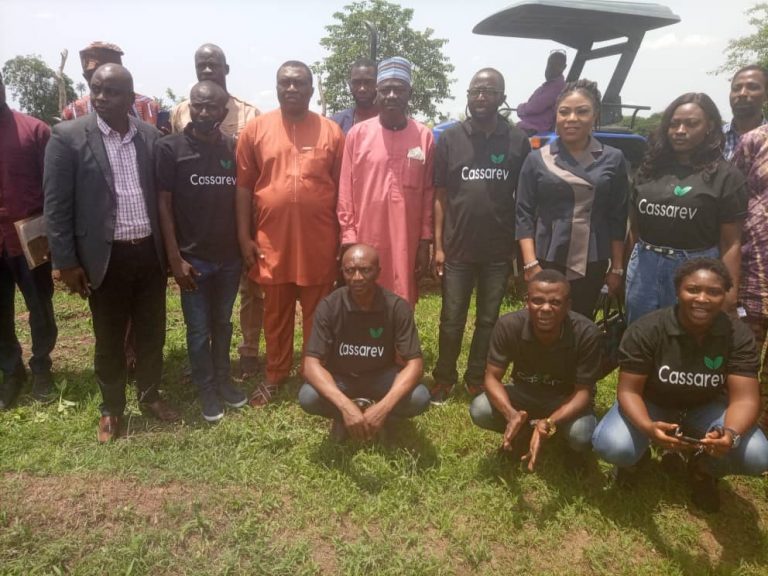 Towards industrializing Ondo state through agricultural intervention, Klick Konnect Networks, has launched an agricultural initiative tagged Cassava Revolution (CASSAREV) programme to further empower able youths in the state and beyond.

Chief Alex Ajipe, the CEO, Klick Konnect Networks, the agency that has been in the forefront of the government’s efforts in this regard, while speaking on Wednesday in Akure at a cassava revolution flagging-off ceremony organized by the organization, said the secret behind the exercise was to encourage the youths to go back to farm because there are a lot of gain in farming.

According to him, since the commencement of registering the farmers, over 7,000 people have been engaged across the state. 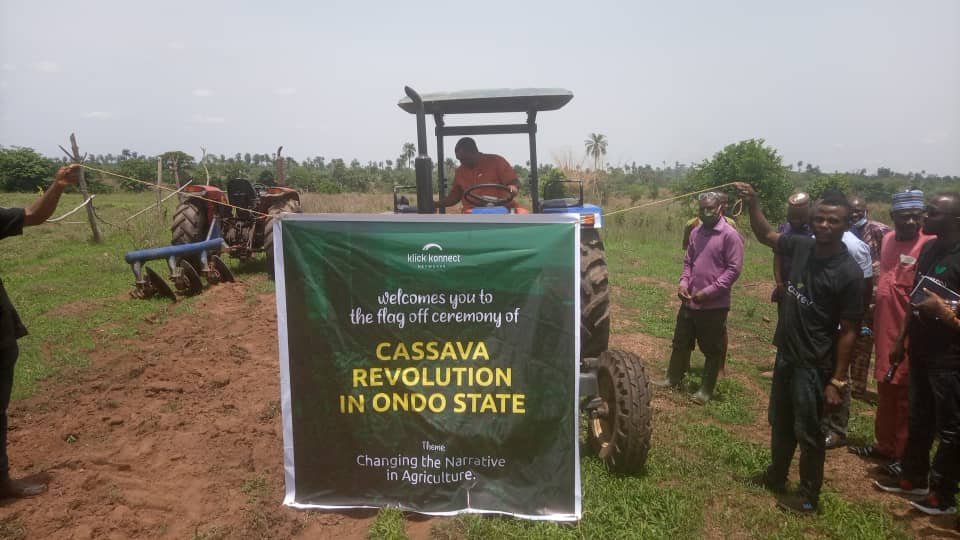 Ajipe, who spoke through the Principal Consultant of Klick Konnect Networks, Mr. Sunday Olatigbe said the organization is putting smiles on the faces of the people through this great initiative.

Recounting the state of affairs before the Oluwarotimi Akeredolu government took over the mantle of leadership in the state, Ajipe said no government has shown commitment towards Ondo State industrial development after the era of the late Pa. Adekunle Ajasin.

According to him, the Cassava Revolution, which is a value chain programme in partnering with Ondo state government, is designed to explore the many advantages of cassava in the state.

Ajipe said the Ethanol factory, which is another first of its kind in the state, will consume over 400 tonnes of cassava daily and provide direct employment for more than 500 people.

He, however, advised the youths across the state to embrace the project in other to make Ondo state a food hub in Nigeria saying “cassava to ethanol is a revolution.”

“Klick Konnect is encouraging Ondo people, especially youths, to get involved in cassava farming by registering them and facilitating no interest loan.

“For insecurity, there are two things we are looking out, what we have decided to do is to insure all the farms and to partnering with all the 18 Local Government Areas across the state and with some security agents like Vigilantes who will watch over those farms to ensure their safety,” he said.

Governor Oluwarotimi Akeredolu while flagging off the cassava revolution programme said his administration is ready in the next years to create more jobs for the good people of Ondo state, especially the youths through the agric business.

According to him, with this cassava revolution flag off exercise, more farmers would be engaged, while the Ethanol factory in the state would be able to produce the higher capacity with more cassava tubers.

Akeredolu, who was represented by his Senior Special Assistant (SSA) on Agriculture and Agro Allied Industries, Akin Olotu, posited that his vision for the good people of the state in the next four years was to start engaging them in other to embrace farming.

He said, “this programme is wonderful, commendable and is what we should all proud of. Klick Konnect Networks is doing wonderfully well in Agric business, aggregating some of our youths across the state to produce cassava.”

He, however, advised farmers in the state to start guarding their farms in other to protect it being destroyed by Fulani herdsmen.

“I want to advise that our people should come together and organize Vigilantes in their respective locality to protect their farms and businesses and, if there is any issues they should not hesitate to inform the Amotekun corps, police and others security agents,” he said.

The representatives of Providus Bank, Golden Coin Limited and Bank of Industry Limited, Mary Nikoro and Joshua Ajayi, promised their readiness towards partnering with the organizations in the state in the areas of financial aspect in other to make Ondo state a food hub in the country.

“We are glad to witness the company’s grand plan to revolutionise cassava farming venture and wish her success. We promised to render any possible support to the company in her quest to make food and raw materials available for companies and the Nigeria populace,” they said.

A farmer, Ayo Olasunkanmi, who also thanked the Klick Konnect Networks for its plan to revolutionize cassava farming venture in the state, however, encouraged other farmers to key into the project saying “it is actually unique.”

The flag-off ceremony had in attendance, the Akure North LG Chairman, Mr. Bankole Ogbesetore, Mrs. Mariam Ajipe, wife of the CEO, Klick Konnect Networks among others.